Taika Waititi to direct AKIRA for release in 2021

Warner Brothers have confirmed that Taika Waititi will be directing the long, long-awaited live action version of Akira. The film also has a release date: 21 May 2021. 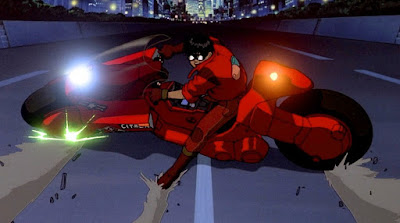 According to Waititi, he wants to go back to the original manga series (published today as six graphic novels) rather than the 1988 anime film, which truncated the story considerably. This suggests that the film will only be adapting the first part of the story, not all of it. Waititi also wants to return the film to the setting of Neo-Tokyo with Asian actors, whilst previous live-action proposals have moved the film to America or Europe. It is unclear if this is still the plan, but hopefully so.

The 1988 film played a huge role in expanding the influence and popularity of anime in the West, building on the previous success of Voltron and Macross (in its heavily and controversially-adapted guise as Robotech) and kickstarting a huge explosion in the popularity of Japanese animation in Europe and the United States. That said, although the film is rightfully praised for its still-stunning and beautiful visuals, its storytelling (condensing some 2,530 pages of the manga into two hours of screen time) could be very rushed and confused.

Leonardo DiCaprio, a long-term fan of the original movie, is producing the new film.

The news means that Marvel's hopes for Waititi to return to direct a Thor 4 in the relatively near future have been thwarted, putting that potential project off until late 2022 at the earliest.
Posted by Adam Whitehead at 20:30