In frankly horrible news, Amazon has cancelled the fantastic The Tick after two seasons. 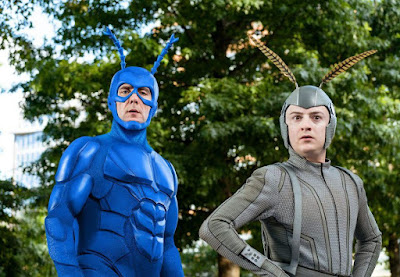 Amazon have not provided a reason for not proceeding with the series. Creator Ben Edlund has confirmed that he will try to find a home for the series elsewhere, but the initial signs do not look promising.

Across its two seasons, The Tick was funny, oddly moving and brilliantly written and acted, particularly by the immortal Peter Serafinowicz as the title character. It's a real shame we will not be seeing more of the show.

It's also unusual, because Amazon have prioritised finding commercial and critical successes in their quest to rival Netflix. The Tick's two seasons have scored hugely well with critics, including a 100% critic rating for the second season on Rotten Tomatoes. However, Amazon did not publicise the release of the second season well, sneaking it out with relatively little fanfare, which may have impacted on the reception (the same problem Netflix had with Season 2 of Sense8, in which case many viewers didn't know that the second season had been released until the show was cancelled).
Posted by Adam Whitehead at 13:35