In one of those news stories that makes you wonder, "Why did no-one think of his earlier?", Japanese toy company Bandai have partnered with Games Workshop to release a series of figures based on their phenomenally popular Warhammer 40,000 science fantasy setting. 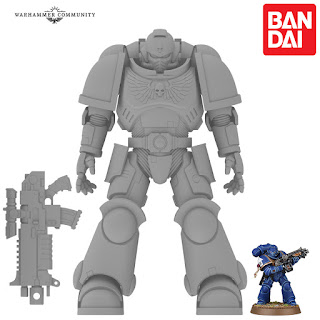 Bandai are starting the line with a 7" action figure based on the Primaris Space Marine model. The figure will have multiple points of articulation and come with different weapons and equipment that can be swapped around. 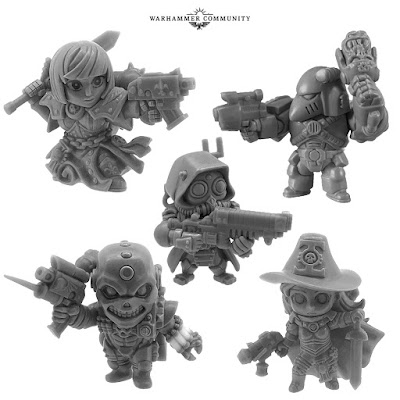 They are also launching a line of Chibi figures, small or cute models which are designed to appeal to children. This line seems to be part of Games Workshop's new drive to target younger fans, following on from their recent launch of a new range of children's books in the Warhammer 40,000 setting.

These figures will be available later this year. If successful, I suspect the 7" range will quickly expand to incorporate other figures.
Posted by Adam Whitehead at 12:38