The One Ring has broken a story that Bryan Cogman, a writer-producer on HBO's Game of Thrones, has taken over Amazon's Lord of the Rings project as showrunner and writer, although Variety is reporting that his role may be more modest. 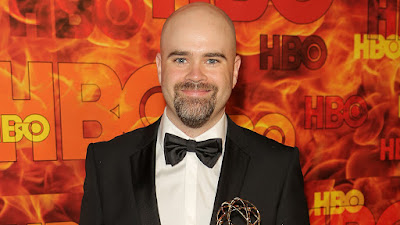 The news is backed up by a blog post from George R.R. Martin, who confirmed yesterday that Cogman was working on the project, and by Amazon confirming that they had hired Cogman to work on multiple projects for them several months ago. Cogman was also recently spotted consulting with Rafe Judkins, the showrunner of Amazon's Wheel of Time TV series, suggesting that he will also be involved in advising on other projects.

JD Payne and Patrick McKay had previously been announced as the showrunners for the project but some fans had speculated on their hiring, as their experience was restricted to writing the first drafts of Star Trek: Beyond and Godzilla: King of the Monsters. Payne and McKay seem to have spearheaded a major change in the project, which was originally mooted as an "adventures of young Aragorn" story, but will now be a more grandiose epic following the forging of the Rings of Power in the Second Age. Payne and McKay remain attached to the project as writers, but now working with Cogman. It's unclear if they are acting as co-showrunners together.

Bryan Cogman is noted as the "third head of the dragon" on Game of Thrones, keeping and maintaining the lore and ensuring the fidelity of the series to George R.R. Martin's novels. He wrote 11 episodes of the series, including several of the most critically-lauded in the show's history (and this season's sole episode to be met with blanket acclaim, A Knight of the Seven Kingdoms). He has been widely cited as the best writer to work on the series, particularly by those who wanted the story to hew closer to the novels.

Cogman's hiring will dramatically increase faith that Amazon's Lord of the Rings show will be faithful to the tone of Tolkien's novels. Production of the series is expected to begin in August in Scotland.

Update: Variety has confirmed that Cogman has joined Lord of the Rings but has so far only listed his role as "consultant." Oddly, Amazon have not commented firmly on the situation despite conflicting reports in the press.

It should be noted that with production of the first season slate to begin in just three months the bulk of the writing for the season should be complete, which suggests that Cogman may be getting a consulting credit for Season 1 and won't formally step up to a senior producing role until Season 2.

Further Update: The Amazon executive who orchestrated the deal with New Line Cinema and the Tolkien Estate - the largest in television history - has left the company after an internal realignment. Sharon Tal Yguado was responsible for the deal, which involved $250 million upfront for the rights (a demand flatly rejected by HBO, who refused to bid, whilst Netflix only offered $100 million) and a firm commitment of at least $100 million per season for a five-season package. The deal has been described as foolhardy by many Hollywood commentators and critics, especially as it also contained a punishing schedule where the show had to start filming within two years (which expires in November 2019) or the rights reverted. Yguado hired Payne and McKay, who are regarded as strong up-and-comers in Hollywood but have never run a show before.

Whether this has a bearing on Cogman being brought in is unclear, but it appears that there is a major realignment going on regarding the project at Amazon Studios.
Posted by Adam Whitehead at 21:17