The prequel spin-off to Game of Thrones has started shooting under the working title Bloodmoon. This is unlikely to be the final title, with George R.R. Martin preferring the title The Long Night (HBO appear to be less keen). 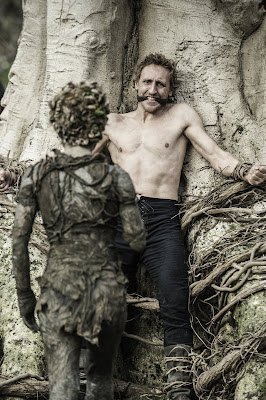 The pilot is shooting in the same Belfast Paint Hall studios that hosted Game of Thrones, with location shooting due to take place in Northern Ireland and several locations in Europe, including reportedly the Canary Islands.

Naomi Watts stars alongside actors including John Simm, Jamie Campbell Bower and Miranda Richardson. The series is set approximately 5,000 years before the events of Game of Thrones, in the Age of Heroes, and charts the collapse of a golden age society into the chaos of the Long Night, when the White Walkers and the Night King arose for the first time and the Wall was built. With the possible exception of the Night King, no Game of Thrones characters are expected to recur in the new series.

If HBO greenlight the pilot, full production of the first season is expected to start before the end of the year, for a 2020 debut.
Posted by Adam Whitehead at 13:01