In highly surprising news, Rockstar Games co-founder and vice-president Dan Houser has stepped down after spending a year on leave. The news leaked ahead of an investor's call involving Rockstar and its parent company, Take-Two Interactive. 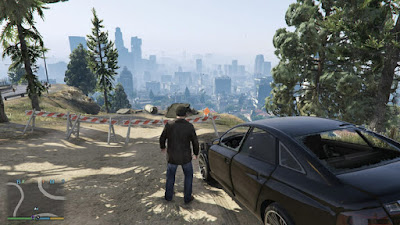 Dan and his brother Sam joined BMG Interactive in 1996 and were instrumental in signing up a game developed by Scottish developers DMA Design called Race 'n' Chase. The game was published in 1997 as Grand Theft Auto and became an instant hit. In 1998 BMG was absorbed by Take Two and the Housers moved to New York, where they founded Rockstar Games as a subsidiary. Rockstar absorbed DMA Design and rebranded it as part of the Rockstar family.

Houser was seen as an integral and vital part of the Rockstar company and ethos, in particular its focus on dialogue, characterisation and taking an increasing movie-like approach to production values and structure. At the start of almost every Rockstar project, Houser would go off by himself and write a several-hundred-page-long script which nailed down most of the game's story and focus before pre-production had barely begun. Although many other writers would expand on the initial script, Houser's initial work was seen as instrumental in setting up the project.

Houser's departure comes at a time when Rockstar are continuing to bathe in critical acclaim and commercial success from both Grand Theft Auto V (which is continuing to sell hundreds of thousands of copies a month seven years after release) and Red Dead Redemption 2. However, there has also been growing fan discontent over the non-appearance of promised single-player expansions for GTAV, a lack of news about GTAVI and the heavy monetisation focus of the Grand Theft Auto Online experience, leading some to wonder if Take Two are planning an online-only future for the GTA series which would make Houser's position less relevant.

So far Rockstar have not announced a successor, nor is it known what Houser's future plans are. His brother Sam remains in place as President of Rockstar Games.
Posted by Adam Whitehead at 23:58