Noah Hawley, the creator-writer of the Fargo television series and Legion, has been brought on board to direct the fourth Star Trek reboot movie, rescuing the project from development hell. 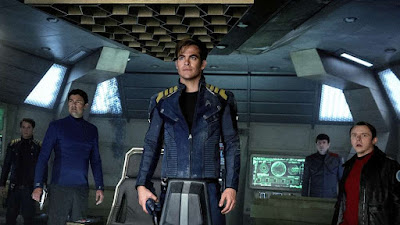 Work on Star Trek 4 began in 2016, before Star Trek Beyond was even released. Producer J.J. Abams developed a story involving Kirk going back in time and meeting his father, both as a way of raising the emotional stakes of the film and also bringing on board Chris Hemsworth and his newfound star power from the Marvel Cinematic Universe (Hemsworth's appearance in the 2009 Star Trek movie came two full years before his debut in the MCU as Thor).

However, development on Star Trek 4 stalled after Abrams was parachuted back to Lucasfilm to help rescue the next Star Wars movie (which hits cinemas next month) and Quentin Tarantino developed a pitch for a more adult-themed Star Trek film. Paramount have felt that the Abrams Trek movies have underperformed compared to their expectations but have also been reluctant to cancel them, since aside from the Mission: Impossible series they don't have a current, reliably bankable franchise.

This is also the reason why the original Star Trek 4 ran into trouble: director S.J. Clarkson was hired to take over the movie, but the studio got into a salary dispute with star Chris Pine (Kirk) after Paramount proposed a fee cut for the entire cast to help fund the movie. The rest of the cast agreed, but Pine held out, especially after Hemsworth also refused to join the project without a salary boost to his expected, post-Infinity War and Endgame levels. The project stalled, whilst CBS All Access achieved significant levels of success on television with Star Trek: Discovery (which returns for a third season next year) and has built significant hype for Star Trek: Picard, which sees Patrick Stewart return to the franchise for the first time in almost twenty years (Picard debuts on 23 January).

The new Star Trek 4 is apparently a completely different project to the one Abrams worked on, with Hawley working on a new script from scratch. Hawley's involvement also seems to have energised the cast, with Pine reportedly ready to sign back on.

Tarantino's script also remains in development, but Tarantino has rowed back on previous suggestions it could be his next film, suggesting it remains a fairly speculative project at present.