A History of Homeworld Part 7: The Beast War

In this series celebrating the franchise's twentieth anniversary (and the recent announcement of Homeworld 3), I look at the background lore of the critically-acclaimed Homeworld series of video games. 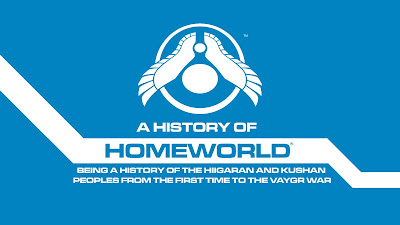 The following is classified at the highest order of Hiigaran planetary security. Only the New Daiamid can permit access to these records in light of the disturbing implications they raise.
Approximately fifteen years after the return of the Exiles to Hiigara, an event took place that cost tens of thousands of lives and involved fleet actions consisting of Hiigaran, Turanic, Taiidan and Bentusi forces. Despite this, the full scale of the events involved have never been publicly revealed by the Daiamid, to the point where some doubt they took place at all. Certainly plenty of eyewitness accounts of the conflict leaked out in the subsequent decades, but they were so apocalyptic and bleak that even hardened conspiracy theorists had a hard time accepting that they could be real. 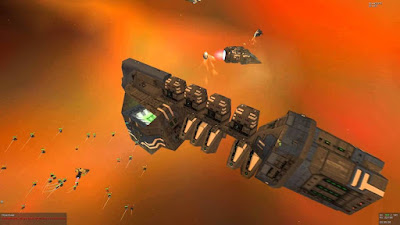 Unleashing the Beast
The chain of events in question began in 15 AHL when a Taiidan Imperial fleet launched an assault on Hiigara. The Naabal carrier Veer-Rak was charged with the defence of the Hiigaran system and called in every ship in range to help. Dozens of ships from numerous kiith responded and the Taiidan fleet was forced to retreat after sustaining heavy losses. During the battle, unexpected help arrived in the form of the Kuun-Lan, one of Kiith Somtaaw’s mining vessels. Although not a warship as such, the Kuun-Lan’s support forces and fighter squadrons were enough to help tip the tide of battle. Kiith Somtaaw’s presence at the battle was initially unrecorded, but the records were later amended to give a glowing account of how the Somtaaw warriors comported themselves in battle.

The Kuun-Lan then jumped to the outer edge of the system to investigate the disappearance of a Kiith Manaan destroyer, the Bushan-Re. The Somtaaw found the ship, repaired it and set it on its way, but not before picking up an automated signal from a derelict probe of unknown origin. The probe was recovered, but the Kunn-Lan’s research team were baffled by it. The ship jumped to the nearby Coruc-Tel system to rendezvous with the research vessel Clee-San, only to find it under attack by Turanic forces. The Kunn-Lan drove off the Turanic Raiders and liberated the Clee-San.

The Clee-San crew prepared to inspect the alien probe, but before they could do so some kind of organism left the probe and began to infect the Kunn-Lan’s systems. The entire lower hanger module was compromised, forcing the rest of the ship to jettison it. The Clee-San pursued and discovered that the module had been overrun by a biogenic organism which could subvert both mechanical and organic systems. Before more could be learned, the Clee-San was also infected and subverted by the same organism. The Kunn-Lan attempted to engage and destroy the infection before it could spread further, but a Turanic fleet jumped into the system and was immediately subverted. Heavily outgunned, the Kunn-Lan jumped to the nearby Aiowa system to ask for help from the Bentusi. The subverted ships pursued and attacked the Bentusi trade ship. Although the Bentusi were able to defend themselves from the enemy’s weapons, they were vulnerable to the subversion beam. Rather than be taken over by an alien force, the Bentusi ship chose to self-destruct. The Kunn-Lan was able to take evasive action and flee the system, along with a Kiith Manaan carrier, the Caal-Shto, that had arrived to help.

Whilst the Caal-Shto returned to Hiigara for reinforcements, the Kunn-Lan continued to investigate the new threat. Analysis of the alien data pod confirmed that it was over a million years old and was part of a ship called the Naggarok, which had travelled from another galaxy. An extremely prolonged period in hyperspace had resulted the Naggarok being infected by an alien organism, dubbed “The Beast.” The Beast was able to absorb and take control of organic and inorganic matter to improve itself. The Somtaaw realised with horror that the Beast could spread exponentially and overrun this part of the galaxy within weeks unless stopped. 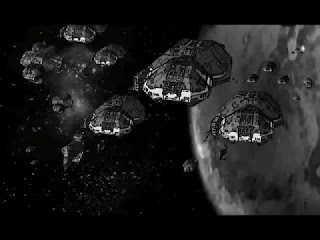 A fleet of carriers near Hiigara.

The Counter-Attack
The Kunn-Lan crew learned that the Imperial Taiidan outpost on Gozan IV had been conducting research into the Beast. It slipped a commando team onto the planet to steal the data and then conducted an emergency hyperspace jump to a nearby debris field, where the crew salvaged an immense siege cannon. They were found by the pursuing Taiidan forces, but also the Beast mothership which had grown out of the captured Kunn-Lan hanger module. The siege cannon destroyed most of the Taiidan forces, but the Beast was able to regenerate quickly after the attack. The Kunn-Lan jumped to rendezvous with its sister ship, the Fal-Corum, and helped fend off another Beast attack. The Somtaaw crews discussed the intelligence and realised that a viable strategy would be to recover a piece of the Beast from the original Naggarok and then use it to adjust the siege cannon beam to a frequency which the Beast would not be able to recover from.

Using astrogation data from a Turanic starbase, the Somtaaw located the Naggarok only to find that the Beast had gotten there ahead of them, and formed an alliance with a Taiidan Imperial force to help repair the command ship. The Somtaaw recovered a sample of the Naggarok and hyperspaced to a Bentusi system to ask for their help in fine-tuning the Siege Cannon. However, they found the Bentusi in a blind panic over the threat of the Beast: the Bentusi had spent thousands of years as an “Unbound” race, having become one with their starships and not restricted to existing solely on the surface of planets. The Beast threatened to imprison and constrain the Bentusi within their ships, turning them into slaves or prisoners. As a result, the Bentusi had triggered a failsafe: a hyperspace gate (presumably built with the assistance of the First Core) which could carry them out of the galaxy altogether.

In a desperate gambit, the Kuun-Lan disabled the hyperspace gate and tried to force the Bentsui to see reason: after a brief stand-off, the Bentusi agreed to provide assistance. They fine-tuned the siege cannon. The Kuun-Lan then used the cannon to destroy the Clee-San and the Beast mothership which had formed around their old hanger module. The Somtaaw then hunted down the repaired Naggarok, which was attacking a massive Taiidan Republican military installation, the Nomad Moon. A pitched battle resulted, complicated by the Beast taking over the Moon. Bentusi reinforcements proved critical and the Kuun-Lan was able to disable the Moon and then stopped the Naggarok by disabling it with a powerful EMP charge. A colossal amount of fire directed at the Naggarok disintegrated it, along with any last remaining traces of the Beast. 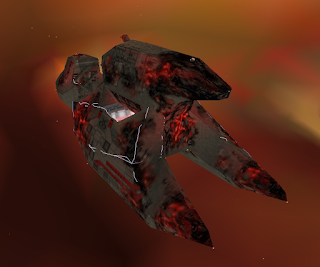 The Beast mothership, formed out of the hanger module of the Kuun-Lan.

The so-called Beast War was a significant military conflict, spanning several systems and entailing a high number of casualties. However, the conflict was carried out by ships exclusively using Short Jump drives, severely limiting the area over which the damage was spread. In addition, the conflict did not take place in proximity to an inhabited, major world (apart from Hiigara, which was far too well-defended for the Beast to risk an attack), severely preventing the number of ships and people who could be subverted by the Beast. This also prevented news of the Beast and the level of threat it represented from spreading, preventing a major panic.

In the aftermath of the conflict, it was classified at the highest levels of both the New Daiamid and the Galactic Council. The Bentusi did not want the rest of the galaxy to know about their weakness to the Beast. In addition, although all traces of the Beast had been apparently destroyed, there was always the marginal risk of additional debris or pieces of Beast-infected ships being found and starting the infection over again. Prohibiting the information from spreading was seen as a more effective way of keeping the events of the war as secret as possible. The Taiidan Republic also agreed to this stipulation.

The reasons for the Taiidan Imperials keeping quiet are less clear, but the fact that they were defeated by the Beast several times and then treated like fools by it suggests it was a matter they wished to forget as soon as possible.

One outcome of the conflict that was made public was the honour of Kiith Somtaaw. For their triumph in “a clandestine military campaign against Taiidan Imperial forces,” the Somtaaw were elevated to the rank of an honoured warrior kiith and given a new symbol and nickname: the “Beastslayers.” The technological improvements gained during the conflict were integrated into Hiigaran forces as a whole.

Of course, more than a century after the alleged events it is now rather difficult to confirm if they did indeed take place; certainly, some experts in the field do not believe a word of it.

Thank you for reading The Wertzone. To help me provide better content, please consider contributing to my Patreon page and other funding methods, which will also get you exclusive content weeks before it goes live on my blogs.
Posted by Adam Whitehead at 13:42