LORD OF THE RINGS: THE SECOND AGE renewed for a second season

Surprising no-one, Amazon's Lord of the Rings: The Second Age TV series has been renewed for a second season before production was really underway on the first. 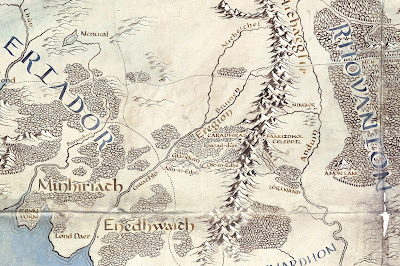 Some early shooting on the series has already taken place in New Zealand (fulfilling a contractual requirement for shooting to begin before this month to ensure the rights do not revert to the Tolkien Estate), but full production is not expected to start until the spring. The show will shoot for most of 2020 in and around Auckland and is expected to air in 2021.

Amazon has moved to a new system of greenlighting two seasons up-front to ensure that viewers will not have to wait 18-24 months between seasons, as is happening more and more frequently with Netflix and HBO dramas (Westworld will air its third season in 2020 more than two years after the second aired). The Boys and The Expanse were both recent beneficiaries of this system, with both shows currently filming their next seasons for transmission in 2020.

In an interview, creative consultant (and noted Tolkien expert) Tom Shippey had confirmed that Amazon was working on twenty episodes in the initial production bloc, suggesting that Amazon is planning each season of the show to last for ten episodes.
Posted by Adam Whitehead at 18:04