Tor Books have agreed to bring John M. Ford's catalogue back into print, starting next year. 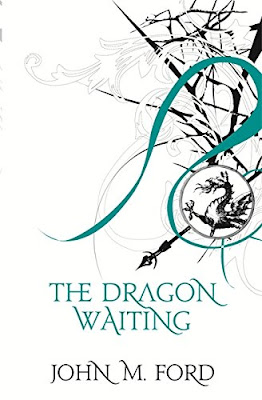 The late, great John M. Ford was one of science fiction and fantasy's most underrated stars. A writer, game designer, poet and mapmaker, Ford is best-known for his alternate history fantasy, The Dragon Waiting, and two of the best Star Trek novels ever written, How Much for the Just the Planet? and The Final Reflection.

Ford had a great many famous friends during life, including Robert Jordan (author of the Wheel of Time sequence) for whom Ford drew maps, and Neil Gaiman. Despite his critical acclaim, Ford's work was only modestly successful during his lifetime and he passed away in 2006 at the age of 49. Most of his work has since gone out of print.

Thanks to fan Isaac Butler, who tracked down Ford's family and rights-holders and then coordinated with Tor Books, Ford's back-catalogue will return to print starting with a new edition of The Dragon Waiting next year. More intriguingly, some of Ford's previously unpublished work will also be printed for the first time, including his final, incomplete novel, Aspects, with commentary by Neil Gaiman, which is due in 2021.

This is good news which will hopefully bring one of SFF's most unsung writers back into prominence.
Posted by Adam Whitehead at 19:32