Season 2 of THE WITCHER to start shooting in February

Season 2 of The Witcher will start shooting in February 2020, with production expected to run through August. 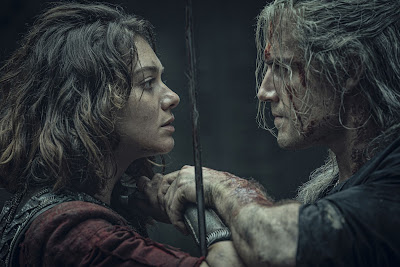 Season 1 of The Witcher drops onto Netflix on 20 December and will consist of eight episodes, recently named. The first season will most adapt short stories from the first two Witcher books, The Last Wish and Sword of Destiny. The second season is expected to cover some more of the short stories but also move into the action of the main novel series, starting with Blood of Elves (although given how short that novel is, I wouldn't be surprised to see them also drawing on material from Time of Contempt).

Given Season 2's filming dates, it will likely hit screens in early 2021.
Posted by Adam Whitehead at 12:50