BBC America has announced more casting news for The Watch, its TV series based on Terry Pratchett's Discworld novels (more specifically, the ones focusing on the Ankh-Morpork City Watch). BBC America had previously confirmed that the series will be made up of original stories loosely inspired by the books, and this seems to be the case with the casting announcements made today. 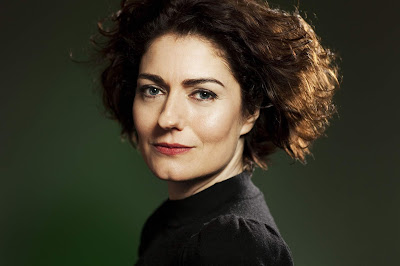 Patrician Vetinari, Cut-Me-Own-Throat-Dibbler (now named "Throat") and the head of the Assassins' Guild, Dr. Cruces, are male characters from the books who have been cast with actresses: Anna Chancellor, Ruth Madeley and Ingrid Oliver respectively. Anna Chancellor in particular is a superb actress with tremendous presence and form and could play the Patrician very well, although the move does continue down the path of moving the TV series very far indeed from the books.

James Fleet has been cast as the Archchancellor of Unseen University (which one is unknown). The minor character of Lupine Wonse, also male in the books, will be played by Bianca Simone Mannie. Hakeem Kae-Kazim has been cast as John Keel, Sam Vimes' mentor in the Watch when he was younger.

Filming on The Watch started back in September in South Africa and the series is expected to debut in the second half of 2020.
Posted by Adam Whitehead at 16:48

They can't be changing Dibbler's name! That ain't right!