Happy 56th Anniversary to DOCTOR WHO 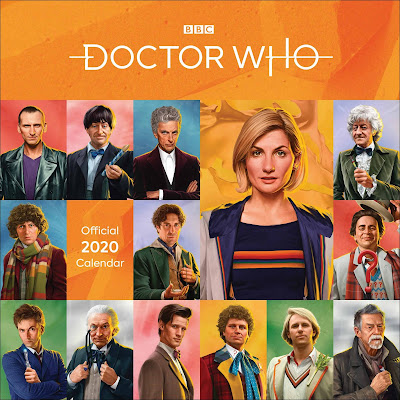 Doctor Who aired its first episode, An Unearthly Child, on 23 November 1963, the day after President Kennedy was assassinated in the US (live BBC news coverage of the shooting overran, causing Doctor Who to air later than planned). Initially lukewarm ratings were boosted when the Daleks were introduced in the show's second serial and the show didn't look back.

The original or "classic" Doctor Who series ran for twenty-six consecutive seasons airing from 1963 to 1989. The show then went on a sixteen-year hiatus (bar a one-off TV movie in 1996) before returning in 2005 in a rebooted format. The thirteenth season of the rebooted show (and thirty-eighth in total) will start airing in January 2020.

The show's longevity has been put down to the flexible premise, which allows the show to visit any world or time period, its relatively relaxed attitude to continuity and the mechanic where the main character, the Doctor, can regenerate into new forms, allowing a new actor to take over when the current one chooses to leave. So far thirteen actors have played the Doctor in the main series, and several others in spin-off projects.
Posted by Adam Whitehead at 21:14