BCDF Pictures has optioned the TV rights to Anthony Ryan's A Raven's Shadow fantasy trilogy. The company is developing a series based on Blood Song and its two sequels. 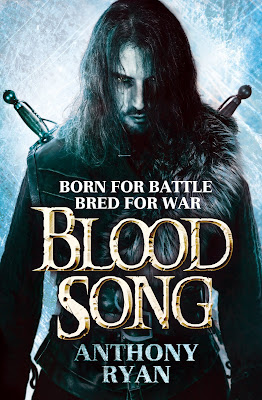 Blood Song was originally self-published by Scottish author Anthony Ryan but proved so popular it was picked up for international distribution by Penguin. Blood Song has been one of the biggest-selling epic fantasy debuts of this decade, with over a million copies sold by itself and the book attracting both critical and popular acclaim. Its two sequels, Tower Lord and Queen of Fire, were more cooly received, however.

At the moment there is no director, writer or studio attached to the project, so this is a somewhat speculative option, with some distance to go before anything gets filmed.
Posted by Adam Whitehead at 18:39