The Wheel of Time video game - yes, there is one - was released twenty years ago today, and to celebrate the occasion I've written a special article about it over on Dragonmount (where I'm also blogging twice a month about Amazon's upcoming TV show). 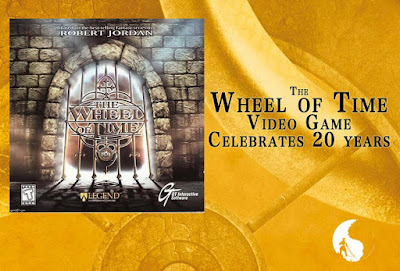 Whilst you'd assume that the natural way to adapt The Wheel of Time would be as a big-budget RPG, the creators of the video game had other ideas and decided to turn it into an action-packed, first-person shooter using the Unreal engine (in fact, The Wheel of Time was only the second game after the original Unreal to use the engine). The result was far more interesting than you might expect given such a decision. Unfortunately, the game was not a critical success and isn't even available to buy any more.

With Amazon developing the new Wheel of Time TV show, it'll be interesting to see if a new video game adaptation is on the cards.
Posted by Adam Whitehead at 20:15