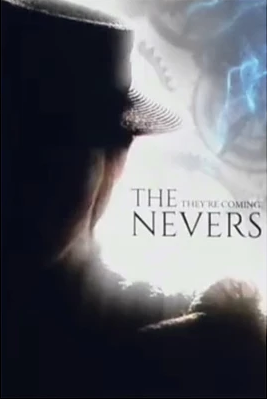 Whedon is shooting the drama in and around London right now, and has been for several months, with shooting set to conclude in the New Year. This led to speculation that the show could air in late 2020. However, HBO have a full schedule coming up - a result of being mandated to increase their number of original dramas to compete with Netflix - and it sounds like The Nevers has been slotted in later than expected to make up for it.

This leaves HBO with something of a dilemma, as if they wait to see if the show is a hit we may not see a second season until late 2023 or even early 2024 (based on the production schedule for Season 1). Modern premium dramas have been criticised for airing new seasons only every eighteen months to two years, a problem that Amazon Prime has overcome by commissioning two seasons of their new shows up front (so Season 2 is shooting when Season 1 airs, allowing them to decide to commission a third season or not and giving the show time to build an audience over two seasons). HBO has so far been happy to allow two years to elapse between seasons, but it's unclear if they will continue in this vein with the competition apparently taking steps to overcome the issue.

The Nevers is Joss Whedon's first TV series since Dollhouse debuted ten years ago and his first screen project since The Avengers: Age of Ultron was released in 2015.
Posted by Adam Whitehead at 20:35