The BBC's new WAR OF THE WORLDS adaptation gets an airdate

The BBC's new three-part mini-series based on H.G. Wells' The War of the Worlds has gotten an airdate. The series will start on Sunday 17 November (that's this Sunday), airing immediately after His Dark Materials. 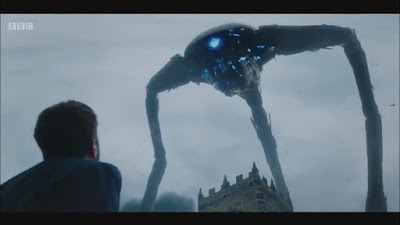 The new drama promises to be a more faithful adaptation of Wells' original novel, retaining the period setting (although moved forward slightly to the Edwardian era rather than the Victorian). Most screen adaptations of the book favour moving the action to a more contemporary setting, such as the 1953 and 2005 movies which both re-cast the action in modern America.
Posted by Adam Whitehead at 19:11

Email ThisBlogThis!Share to TwitterShare to FacebookShare to Pinterest
Labels: bbc, h.g. wells, news, the war of the worlds