Tom Shippey interview sheds some more light on LORD OF THE RINGS: THE SECOND AGE

Tom Shippey, a renowned Tolkien scholar and creative consultant on Amazon's Lord of the Rings: The Second Age TV series, has been interviewed by a German Tolkien fansite, during which he let slip some interesting new information. 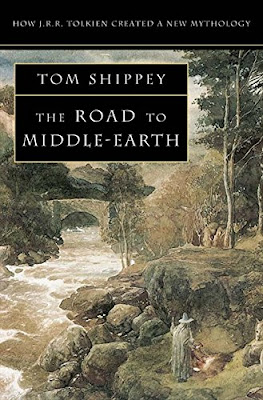 The most interesting point Shippey makes is that Amazon only have limited rights to the material at hand. This includes all of the Second Age/Numenor material from The Lord of the Rings, but he also indicates that they have the rights to the material from Unfinished Tales. This already appeared to be the case, as they were using the map of Numenor which only appears in Unfinished Tales, but Shippey confirms it in the interview. He also clarifies that Amazon do not have the rights to The Silmarillion, which is interesting as some important material appears at the end of the book in the section known as the "Akallabeth," which details the Fall of Numenor.

Shippey also confirms that Amazon are being careful to conform to Tolkien's lore: they can add elements to the (admittedly pretty barebones) history of the Second Age, such as new characters and locations, but they cannot contradict the information put down by Tolkien, and the Tolkien Estate retains a power of veto over elements they are uncomfortable with or feel that violates canon.

One thing the interview and Shippey get wrong is that Amazon do not have the rights to The Lord of the Rings. As New Line and Warner Brothers, who retain the screen rights to The Lord of the Rings via their licence from Tolkien Enterprises, are involved in this project, Amazon do have the ability to use any information from Lord of the Rings. They don't have the rights to The Hobbit, which are partially held by MGM. After the nightmare experienced by New Line in dealing with MGM to make the Hobbit trilogy of movies, it seems that no-one is willing to go through that again. Fortunately, The Hobbit has no material that is germane to a Second Age series at all.

Shippey also notes that Amazon are planning to make twenty episodes in the first seasons. This is almost certainly wrong. It would be odd for Amazon to commit to such a huge episode order (almost twice the length of any other series they've made, especially at this budget) and the epic production schedule, which involves a lot of shooting in New Zealand and potentially some shooting in Scotland on the far side of the planet, is unlikely to accommodate so many episodes, at least not unless they plan to spend two years making one season.

More likely is that Amazon have greenlit ten episodes in the first season with a further ten episodes planned for a second season, which may be greenlit before Season 1 airs to minimise downtime as Amazon do for a lot of their shows.

Shippey finally confirms that Amazon currently plan to launch the show in 2021, which feels about right given the production timeline and schedule at the moment.
Posted by Adam Whitehead at 19:24