Netflix's live-action reboot/remake of Avatar: The Last Airbender has officially begun pre-production. Location scouting and casting is underway, and the show has begun visual effects testing. 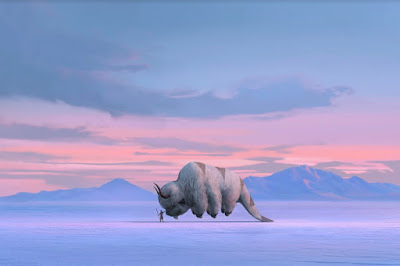 James Lew (Luke Cage) was acting as a stand-in for Fire Lord Ozai during the tests, which is intriguing as in the original animated series Ozai did not appear properly until the first episode of Season 3 (although he did appear, in shadow, in several earlier and flashback scenes). Lew is apparently considering auditioning for the role properly in the final series.

A CG test was also carried out with stand-ins for Sokka and Katara taking on a band of marauders at the south pole, with Katara using her waterbending abilities to defeat them. In a possible change to the lore, Katara is apparently unaware of her waterbending powers before they manifest in this sequence. It is unclear if this is a flashback to an earlier time or something that happens around the same time they find Aang.

Reportedly, location scouting has been underway in both Hawaii and Vancouver, the former presumably to stand in for the hotter climates and locations the heroes visit (such as the Fire Nation and the Earth Nation). Vancouver is most likely going to be the production base.

Avatar: The Last Airbender is being executive produced and co-written by Michael Dante DiMartino and Bryan Konietzko, who produced and showran the original animated series as well. Original composer Jeremy Zuckerman is also returning.

The show is currently tentatively scheduled for release on Netflix in late 2020.
Posted by Adam Whitehead at 15:27