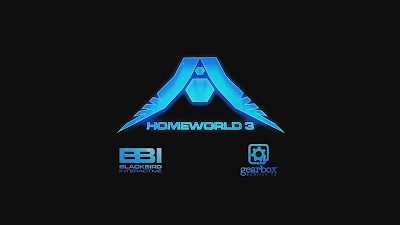 Originally developed by Relic Entertainment and released in 1999, Homeworld was critically lauded for its advanced 3D engine and the power it gave players to build fleets of ships and move them around in space. It was followed in 2000 by a spin-off, Homeworld: Cataclysm (recently renamed Homeworld: Emergence due to copyright issues with Blizzard), and in 2003 by a direct sequel, Homeworld 2. The franchise languished in obscurity for many years due to Sega buying out Relic and the Homeworld IP changing hands several times.


In 2015 Gearbox Software rescued the IP and released Homeworld: Remastered, a thorough remixing of Homeworld and Homeworld 2 with new, high-resolution graphics and sound effects. In 2016 they joined forces with Blackbird Interactive, a company formed of ex-Relic staff and consisting of many of the original developers on the games, and released a land-based prequel, Homeworld: Deserts of Kharak. Both were well-received.

It's been confirmed that iconic musician Paul Ruskay will be returning for the game, along with many veteran developers who worked on Homeworld, Homeworld 2 and Homeworld: Deserts of Kharak.

In a less-expected move, the game is seeking additional information via Fig. The game is already pre-funded - the Fig target is $1 - but apparently the investment is so that players can use Fig's feedback systems to suggest ideas for the game and even profit if it ends up being a huge success.

The game is early in development and is targeting a late 2022 release date.
Posted by Adam Whitehead at 21:25