Terrence Dicks, the most prolific and arguably the most important writer of Doctor Who in its history, has sadly passed away at the age of 84. 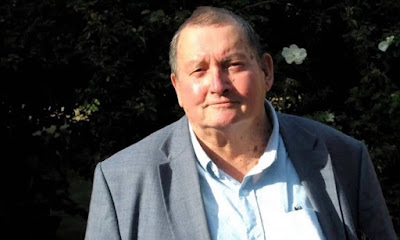 Dicks was born in 1935 in East Ham, Essex, and studied English at college. He did a stint in the British Army on National Service, and then worked as an advertising copywriter. The need to produce a large amount of written material to strict deadlines later served him in good stead as a scriptwriter and novelist. He started writing radio plays for the BBC in the late 1950s and in 1962 was recruited by his good friend Malcolm Hulke to co-write episodes of the drama series The Avengers.

His association with Doctor Who began in 1968 when he was recruited to serve as script editor during the third and final season featuring the Second Doctor, Patrick Troughton. Dicks and Hulke re-teamed to co-write the epic ten-episode saga that concluded Troughton's run, The War Games. Dicks and incoming producer Barry Letts also masterminded the first major shift in Doctor Who's format, which saw the show switch to colour production and introduced UNIT.

Dicks and Letts formed a highly successful "dream team" which oversaw all five seasons of the Third Doctor, Jon Pertwee, and introduced the Fourth, Tom Baker. This period is one of the most critically acclaimed of the show's run. Dicks didn't accept any writing credits during this period, despite sometimes heavily rewriting scripts from other writers. Dicks also became something of an expert on the show's history and canon, writing the 1972 non-fiction book The Making of Doctor Who.

He stepped down as script editor during the Fourth Doctor's first season and resumed writing scripts as a writer on the show, turning in Robot (Tom Baker's first story), The Brain of Morbius, Horror of Fang Rock and State of Decay. In 1983 Dicks' knowledge of the history of the show led him to be invited to write The Five Doctors, the Doctor Who 20th anniversary special. This was Dicks' last on-screen contribution to the Doctor Who mythos, having penned 35 episodes in total. 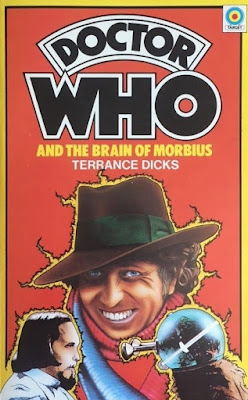 However, Dicks' primary contribution to the Doctor Who mythos was arguably in a different format altogether. In 1973 Target Books had reprinted three Doctor Who novelisations from the mid-1960s and these had been hugely successful. In 1974 they decided to launch an ambitious plan to adapt every single Doctor Who story to print. In the pre-video era, this would allow fans to experience the stories and especially enjoy stories that could not be aired again due to having missing episodes. Dicks was asked to act as the range editor. He agreed, with the plan being that the original scriptwriter should write the novel, ensuring they would get paid again for their stories. Where this proved impossible or impractical, Dicks would step in and write the novel himself.

The net result was that between 1974 and 1990 Dicks would write 64 novels. His most productive year was 1980, when he published no less than nine novelisations. This novels were short by modern standards - typically 120-124 pages - and of course were based on pre-existing scripts, but this was still a hugely impressive feat.

It would not be an exaggeration to say that Dicks taught an entire generation of British children to read: the Target Doctor Who range sold enormously well for over twenty years and Dicks was by far its most productive author.

In the 1990s Dicks switched to the Doctor Who: The New Adventures line which told new and original stories. Dicks' first novel for the line (and the second in its run), Timewyrm: Exodus, was also one of the most critically-acclaimed, a dark and edgy story set in an alternate timeline where 1950s Britain has lost WWII and is under Nazi rule. The brutal and adult story set the tone for the line (especially after the disappointing opening book). Dicks contributed several further, well-received books including Blood Harvest (a sequel to his TV script State of Decay). He switched to the BBC Books range when they reacquired the licence in 1996 and he wrote The Eight Doctors (1997), the biggest-selling Doctor Who novel of all time. His last contribution to the novel range was Revenge of the Judoon (2008), featuring the Tenth Doctor.

On top of all of that, Dicks also wrote the two official Doctor Who stage plays (Seven Days to Doomsday and The Ultimate Adventure) and two fan movies (Shakedown: Return of the Sontarans and Mindgame).

Outside of Doctor Who, Dicks wrote scripts for Moonbase 3 and Space: 1999, produced the mini-series David Copperfield and The Diary of Ann Frank and wrote no less than 143 other children's books and YA novels.

Terrance Dicks was the most prolific writer of Doctor Who, but also a generous writer known for bringing other talented writers onto the franchise. He will be hugely missed, especially by those of us who still have a box of his Doctor Who novels under the bed.
Posted by Adam Whitehead at 14:42

In my early teens my life revolved around Dr. Who Target novels.
Very sad to hear of Mr. Dicks passing...

Thanks, Wert, for this empathetic eulogy. One can feel the appreciation you have for the late Dicks.

This was especially interesting to me as, having grown up in Germany, I didn't know about how influential he was.
In Germany, DW has been pretty much not a thing until quite recently.
Born in 1977, I'm almost the same age as you, and unlike in the UK, in Germany DW was far from the iconic show that it has been being in the UK since its inception.
Over here, the TV stations at the time apparently deemed it not interesting enough to buy so it hadn't been on TV when I was young. (There have been a couple of translated DW novels but I've never been too interested in novelizations, and perhaps understandably less so in those of a show that had never been on the TV.)
Eventually, the newly established private channels (which my family couldn't receive at the time) bought a few seasons of DW in 1989 - possibly the worst timing one could imagine. The show went into hiatus in the UK a mere weeks after it debuted in Germany. Also, it was shown very late in the evening and didn't get much attention. I certainly hadn't heard of it, even from friends who could receive the new private channel via satellite. A few years later, an affiliated channel showed two more seasons, out of order in morning slots. I, being about 1½ years away from graduation from secondary school, wouldn't have been able to watch it but like a few years prior I hadn't even been aware that it was on.
Finally, DW has been airing again since in 2005. At that time, I had already finished my studies and left Germany. Even though I'm back occasionally, I'm not sure how mainstream DW has become over here.

Anyway, the point I was trying to make with this detour was that Dicks hasn't been that influential in my youth as he has in yours (apparently) but despite (or maybe because of) that I really appreciate your essay.