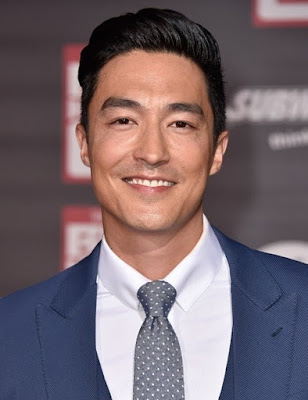 39-year old Daniel Henney is playing the role of al’Lan Mandragoran, the Uncrowned King of Malkier. In The Wheel of Time books Lan is a proud warrior who serves as Warder to Moiraine Damodred (to be played in the TV show by Rosamund Pike). He also helps train Rand, Mat and Perrin in the art of fighting and develops a close relationship with Nynaeve. Lan is a fan-favourite character and news of his casting has been eagerly awaited.

Henney is best-known for starring in Criminal Minds and Hawaii Five-0, as well as appearing in movies including X-Men Origins: Wolverine and The Last Stand, as well as providing voice-over work for Big Hero Six.

Speculation was rife earlier this week that Korean actor Choi Si-won had been cast in the role, attracting some criticism that at 33 he was too young for the role. The reason why Si-won was thought to have been cast is unclear, leading to speculation he may be up for another role.
Posted by Adam Whitehead at 16:12

Sorry - He looks wayyyyyy to young to be Lan

Daniel just turned 40, so is 4 years younger than Lan was in the first book in the series.