LORD OF THE RINGS: THE SECOND AGE adds a new castmember

Amazon's Lord of the Rings: The Second Age (working title) TV series has cast another character, although they have not identified who it is. 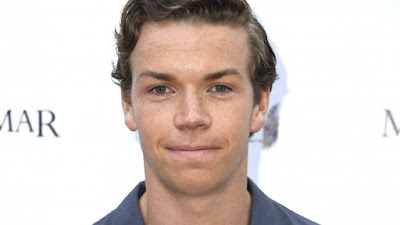 Actor Will Poulter is playing "one of the lead roles" on the series, alongside Markella Kavenagh who has already been cast in the role of "Tyra" (possibly a code name for another character).

Poulter has had a successful year, particularly for playing Colin in the Black Mirror interactive episode Bandersnatch. He also played the lead role of Mark in the movie Midsommar. He also has a recurring role on the Maze Runner film series and earlier in his career played Eustance on The Voyage of the Dawn Treader, the third Chronicles of Narnia movie.

The Lord of the Rings: The Second Age is expected to start preliminary shooting this month ahead of entering full-time production in the spring for an early 2021 debut.
Posted by Adam Whitehead at 19:39