Shooting has commenced on the BBC America TV series The Watch, "inspired by" Terry Pratchett's Discworld novels revolving around the Ankh-Morpork City Watch. 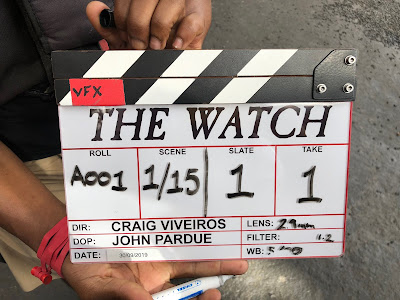 The new TV series will be a reinterpretation of the City Watch books (Guards! Guards!, Men at Arms, Feet of Clay, Jingo, Night Watch, Thud and Snuff), featuring some of the same characters but, in some cases, in dramatically different circumstances. The TV series will also not be directly adapting the books, instead creating original stories.

Fan reaction to the news has been mixed. Some of the casting, particularly Richard Dormer (Game of Thrones' Ser Beric) as Captain Sam Vimes, has been highly praised, but other casting decisions have been criticised, particularly the decision to turn the middle-aged and stout Lady Sybil into a young, Catwoman-like vigilante.\

The Watch is expected to air on BBC America in late 2020.