EARTHSEA books heading back to the screen 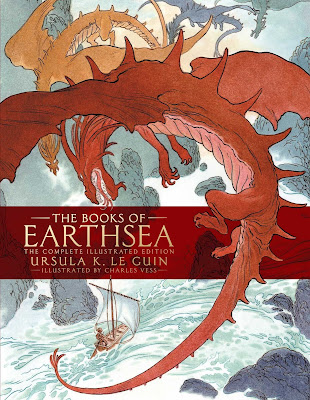 A24 Studios have joined forces with producer Jennifer Fox (Michael Clayton, Nightcrawler) and Le Guin's son, Theo Downes-Le Guin, to bring the project to the screen. They are developing a television series which will faithfully adapt the books to the screen.

A previous attempt to adapt the books for television was made in 2004 by SyFy. Starring Shawn Ashmore and Kristin Kreuk, the mini-series was criticised for its huge deviations from the source material, in particular "whitewashing" the characters of Earthsea (most of whom are explicitly dark-skinned) with Caucasian actors.

In 2006 Studio Ghibli produced Tales from Earthsea, an animated film which is set in the Earthsea world but uses an original story. Le Guin was lukewarm on the results, and it is generally regarded as one of the weaker entries in the Studio Ghibli canon.

Le Guin passed away in January 2018 at the age of 88, but there has been a huge resurgence in interest in her work recently. The Books of Earthsea (2018), which collects all six Earthsea books and several novellas and short stories, has been a major success and has won its illustrator, Charles Vess, two Hugo Awards. A documentary film on Le Guin's career, Worlds of Ursula K. Le Guin, has also won significant critical acclaim.
Posted by Adam Whitehead at 13:50