HIS DARK MATERIALS TV series to debut on 2 November

His Dark Materials will premiere in the UK on BBC-1 on Saturday 2 November, this year. HBO will premiere the show in the United States the following evening, Sunday 3 November. 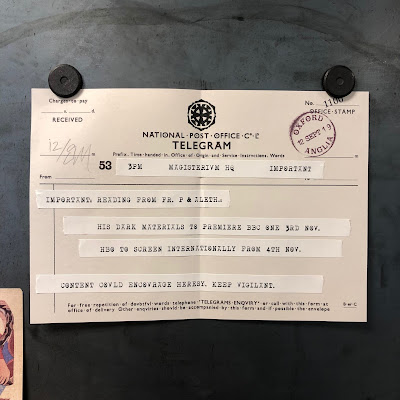 The first season of His Dark Materials will comprise eight episodes and will adapt the first book in the series, Northern Lights (aka The Golden Compass in some territories). The second season, in pre-production at the moment, will adapt The Subtle Knife, with a to-be-confirmed third and final season to adapt The Amber Spyglass.

Meanwhile, the second volume in Philip Pullman's The Book of Dust, a sequel trilogy to His Dark Materials, will be published on 3 October under the title The Secret Commonwealth.
Posted by Adam Whitehead at 19:04