In disappointing news, Orbit Books have dropped publication plans for the second and further books in the Black Wolves series by Kate Elliott. 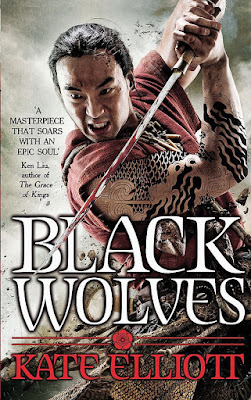 The first book, Black Wolves, was a semi-sequel to Elliott's earlier Crossroads trilogy, set in the same world. The second book, Dead Empire, was half-finished and cover art already prepared when the publisher made the decision to drop the series.

The news is somewhat confusing, as Orbit in the UK and Commonwealth territories has been Elliott's publishers for over twenty years. They released the Crown of Stars, Crossroads and Spiritwalker series, all of which sold well for them. Assuming that the reason for dropping the new series was poor sales, you'd assume that they would give the series more of a chance to prove itself, given the author's form and the sad but inarguable fact that many modern fantasy readers are now waiting until series are complete before reading them. 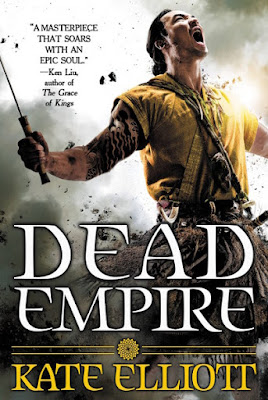 You won't be seeing this in the shops any time soon.

Elliott is currently working on extricating the novels from the contract so they can be shopped elsewhere, although long-term fantasy fans will know this can be a laborious task, such as the case of Paul Kearney's Sea-Beggars series, where the original publishers Bantam dropped the series after two books some thirteen years ago and he still hasn't be able to free up the rights, despite his new publishers, Solaris, being keen to publish the concluding volume of the series.

Hopefully it won't take as long as that before we series this series concluded. Meanwhile, Elliott is working on a new SF series for Tor Books, The Sun Chronicles, which she has described as "Alexander the Great in space" with a female lead. The first book, The Unconquerable Sun, will be published in July 2020.
Posted by Adam Whitehead at 13:57

I am heartbroken. Didn’t realise that the series had been stopped by the stupid publishers. Kate Elliott writes beautifully and I was really looking forward to finding out what happened to all the characters. Who got the cloaks and who became the new owners. How is Mai and does she still put on her ‘Market face’. Such a lovely character It is wicked to stop a series just as it has started. I could cry 😢. Sylvia

I've been waiting so long for the next book. I'm so disappointed :(

Crossroads was my favorite trilogy, and I was ecstatic to discover a sequel. I Loved black wolves, meeting my favorite characters again, and following the fate of the Hundreds. I feel angry and disappointed we may never know what happens in the Hundreds now...

One of the best fantasy books I've read. I couldn't out it down. It's old enough, I figured the whole trilogy would be out by now and I could read the whole series! What a disappointment to find out the publisher dropped the ball!! Hope Ms Elliott can get her rights back and find another publisher to finish the trilogy!! Publishers, it's shameful to leave your readers hanging!!!