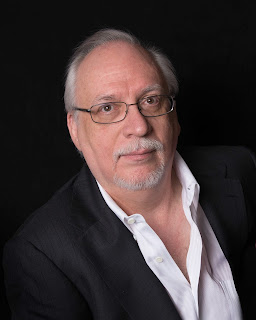 A pilot for the prospective series is being written for the USA Network, with Straczynski promising to "turn the tropes of the genre on its head." Not much more information is available than that, but arguably the best SF TV scriptwriter in the business and one of fantasy's best worldbuilders joining forces is exciting news.

Straczynski, whose autobiography Becoming Superman is earning rave reviews this month, is also working on a novel for HarperCollins Voyager, whilst Sanderson is hard at work on his fourth Stormlight Archive novel.


Updated with Comments from Brandon Sanderson:

Hey, sorry I've been slow to reply to this thread. This is Dark One, the story I've talked about for years--and which I think I finally cracked open how to do a few summers ago. I wrote what I think is a pretty solid outline, but it was obvious to me it was paced more like a television show than a novel, so I went hunting some partners.

Basic premise is that a guy from our world finds out that a fantasy world has prophesied he'll become the next Dark One of their world, so they decide to assassinate him before that can happen. It's been fun to work with Joe; he's quite the character. We did pitches for this early in the spring, and got some good reactions and some nibbles from Hollywood. That's about all I can say right now, unfortunately, but hopefully Joe will be writing up a pilot soon and we can see where that takes us.