The BBC's live-action Discworld TV series, with the working title The Watch, has cast its first actor. Adam Hugill will be playing the role of Captain Carrot on the series. 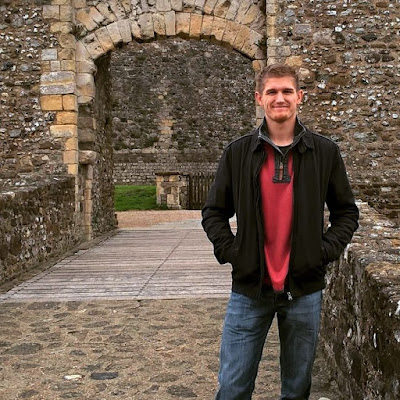 The new TV series, which is being developed by BBC America as an eight-part fantasy procedural, is inspired by the "City Watch" subset of the Discworld novels (starting with Guards! Guards!) by the late Sir Terry Pratchett. Oddly, the show will not be adapting the novels but will instead be using characters and situations established in them. The fact that werewolf Angua and dwarfish forensics expert Cheery are already part of the roster when the show opens suggests that the series may be acting as a companion or sequel to the books.

Hugill recently appeared in the pilot episode for Pennyworth and has a role on the upcoming Sam Mendes WWI movie 1917.

The Watch is now in pre-production and is expected to debut in late 2020.
Posted by Adam Whitehead at 13:41