A producer on The Witcher has confirmed that Netflix is targeting a release date at the end of October or start of November for the series. This came after some earlier rumours pointed at a December launch. 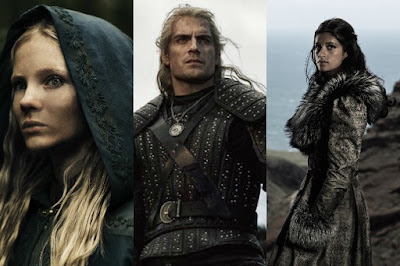 Giovanni Altamarquez confirmed that principle photography finished several months ago, but some late reshoots have taken place after one role (unidentified) was recast. The show is now very deep in post-production, with CG and sound effects being added, and should be ready for an autumn launch. Altamarquez suggested that Friday, 1 November may be the most likely launch date at the moment.

It is possible this date may be off, as it depends on what else Netflix and its rivals are launching that week, but it does seem to be a reasonable estimate.

Some doubts have been cast on the accuracy of the source. However, it should be noted that Netflix's own marketing has confirmed a 2019 release date and the October-November period remains a likely launch window.
Posted by Adam Whitehead at 15:12