The original philosophy of the Gratuitous Lists feature was to have lists of stuff that are unranked, because frankly if you're talking about the 12th best thing of all time or the 9th best thing of all time, the differences are going to be pretty minor. In the case of a Command & Conquer video game list, however, that's kind of pointless because there's too few things to put on the list. So for this one I'm ranking them and people can argue away to their heart's content. So let us proceed. 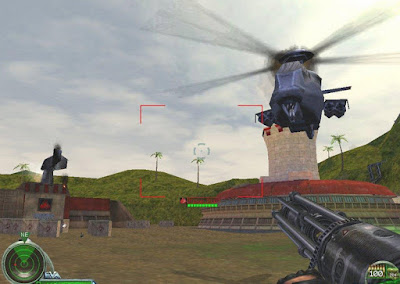 Back at the turn of the century, Westwood hit on the idea of expanding the Command & Conquer franchise to other genres. This wasn't a bad idea - Blizzard was only two years from turning their WarCraft franchise from one of the biggest names in strategy to the biggest name in online roleplaying games - but it felt a bit late in the day, with the popularity of the series having arguably already peaked. Still, a FPS version of the game with you playing the commando from the original game, blowing up fairly faithful 3D recreations of buildings from the franchise, was a fun idea. The execution wasn't. Compared to contemporary FPS games, Renegade was stodgy and disappointing, with a risible and forgettable storyline. 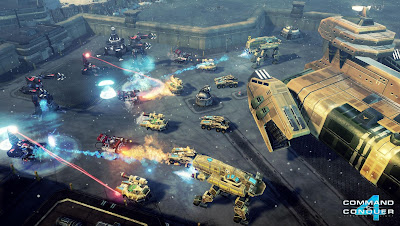 At the tail end of the last decade the RTS genre seemed to be running scared from the rise of its all-conquering bastard child, the MOBA, so decided to incorporate MOBA-like elements into their games. This resulted in the disappointing Dawn of War II and seems to have at least partially inspired the decision to strip out traditional base-building and resource-gathering from Command & Conquer 4 to focus on all action, all the time. The problem is that Command & Conquer is so inextricably bound to those concepts that if you remove them, the game becomes just a generic action title, especially if you don't find another solution (such as Company of Heroes' clever use of fortifying battlefield strategic points). The result was a game that was playable but fairly stale and uninteresting, a shame for what is (so far) the final mainline entry in the series. 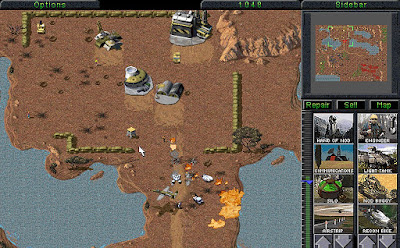 The OG Command & Conquer game gets massive props for its evolution of the genre and introducing many characters and concepts that would be expanded over the next decade and a half. However, it's also clunky, old-skool and frustrating. The single-player campaign seems averse to actually just letting you build a base and attack the enemy, instead throwing gimmick level after gimmick level at you until your eyes glaze. Unit balance is also highly questionable (infantry are far too powerful in numbers again much heavier units that should make mincemeat of them) and the pace is far too slow. Excellent in its day, but almost immediately superseded by its own successors, but it deserves kudos for getting the ball rolling on the franchise. 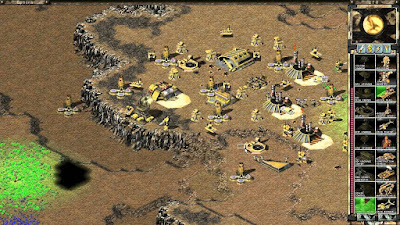 The sequel to the original Command & Conquer game saw the return of Kane and added a whole lot of star power to the game with James Earl Jones and Michael Biehn. The post-apocalyptic setting and the brave decision to move away from tanks in favour of giant mechs also showed that Westwood were not content to sit on their laurels and were willing to experiment. However, the pace of gameplay was slow, the mech units lacked character and the game felt massively underwhelming compared to the opposition. There was fun to be had in the game, but it really didn't feel like a Command & Conquer game and certainly provided no trouble for the all-conquering StarCraft's domination of online multiplayer. 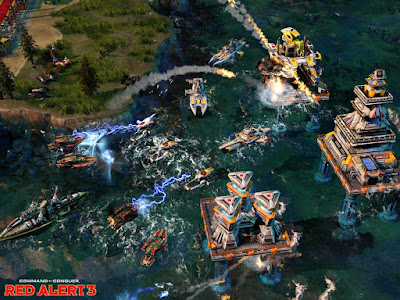 By the time EA released Red Alert 3, the secret appeal of this spin-off series had become apparent: the inherent lunacy and high camp of the alternate history pitting the Soviets and the Allies against one another. So Red Alert 3 took these elements and dialed them up way beyond 11. Tim Curry's scenery-destroying turn as the main villain (including, yes, that line) stole the headlines, but George Takei's barking mad portrayal of the Emperor of the Rising Sun and a prevalence of models in skimpy clothing fighting a desperate war for survival are also worthy (?) of notice. These elements tended to detract from the gameplay, which was relatively solid if a little overfond of stereotypical gimmicks such as the Empire's giant samurai mecha and planes which could transform into tanks. There's an enjoyable game to be found here, but the developers could have benefited to learn from "less is more" when it comes to the story and packaging. 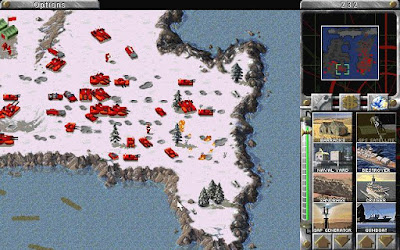 The original Red Alert took everything that made the original Command & Conquer great and refined it. The two factions are much better-balanced, units have more clearly-defined roles and the pace of gameplay is faster and more furious, making for much better multiplayer and skirmish matches. The singleplayer campaigns are also less frustrating and more fun. Red Alert is the first real classic game in the series and the one that defined it for future generations. Also, the inherent lunacy of receiving in-game orders from Stalin never gets old. 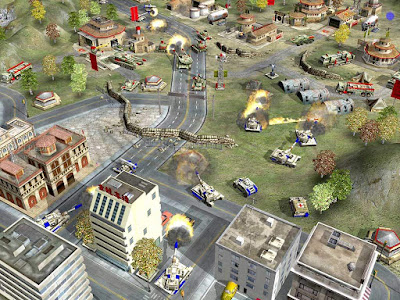 This was a somewhat controversial game in the series on release, with EA's eagerness to cash in on and monetise the War on Terror being one of the most distasteful moves in its history. To the credit of the developers, they took the idea and ran with it to create the first proper 3D game in the series' history and to craft three well-balanced but asymmetrical sides. The original game was solid, but it was the Zero Hour expansion that fleshed out the three factions and added much more dynamic and exciting career specialisations that resulted in some pretty epic battles. This was also the first game in the series that allowed you to build multiple superweapons, resulting in some pretty absurd engagements that went beyond anything seen before (my favourite battle ending in no less than 25 ion cannons simultaneously firing at the enemy base). 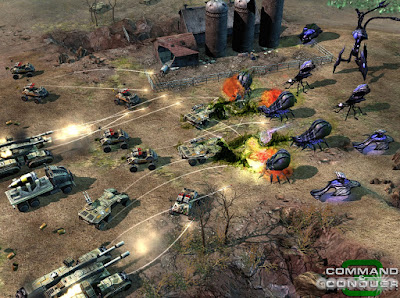 Tiberium Wars took the original Tiberian universe and melded it with the Generals engine to create the best of the modern C&C games, with an all-star cast keeping the FMV (packed with then-hot actors from Lost and Battlestar Galactica) just on the right side of camp and probably the best storyline in the series, with the escalating battles between GDI and Nod finally triggering the long-awaited invasion of the alien Scrin and refreshing a series dynamic that was threatening to get a bit stale. The expansion, Kane's Wrath, also did a fine redeeming job by converting many of the Tiberian Sun units to the new engine and acting as a bridge between games in the series. Thoroughly enjoyable. 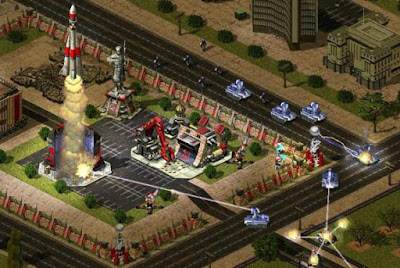 The best Command & Conquer game combined elements from its predecessors: the fast and furious gameplay and superior unit selection and faction balance from Red Alert combined with the technologically superior engine from Tiberian Sun. The game also took a massive ton of ideas from the then-best RTS on the market, StarCraft. The result is the best game in the series, with a storyline that further leans into the camp than the original Red Alert but doesn't go completely berserk with it like the later Red Alert 3, and in Yuri finds a villain to rival Kane. We can only hope EA are planning a remaster of this game up next.


Thank you for reading The Wertzone. To help me provide better content, please consider contributing to my Patreon page and other funding methods, which will also get you exclusive content weeks before it goes live on my blogs.
Posted by Adam Whitehead at 16:04

Agreed that Renegade's single-player campaign was disappointingly mediocre. That said, the game did have a surprisingly enjoyable multiplayer scene for many years after release, with a unique take on fusing FPS and RTS elements at the time (and much improved by skilled modders). Fans of the original have put together a fairly impressive modernized remake called Renegade X, garnering praise from many on the original Westwood team.

Hmm, not sure if I fully agree with this ranking (but then I've only played about half of the titles) but the general shape of it is good.

The retroactively named Tiberian Dawn is the game that got me interested in gaming (and computers in general). It just blew me away, I'd never seen anything like that before.

There is a fan remake of Renegade which I see just got a major expansion, that was one game which I always wanted to try at the time (despite the bad reviews) but couldn't because of lacking hardware. I'm going to give that a try soon, hope it's better than the original.