Apple TV has released the first trailer for its TV mini-series based on the Foundation novels by Isaac Asimov.


Set more than twenty thousand years in the future, Foundation depicts a Galactic Empire that spans hundreds of thousands of star systems with a population in the trillions. The Empire seems prosperous and strong, but mathematician Hari Seldon (Jared Harris) has used incredibly advanced mathematical models - a science he calls "psychohistory" - to predict that the Empire will collapse in a matter of years, ushering in thirty thousand years of barbarism. This creates a storm of controversy, with some citing Seldon as a panic-monger and others thinking he can help resolve a number of looming crises. Eventually Seldon is allowed to found a secret society known as the Foundation, a scientific elite operating from behind the scenes who can reduce the interregnum to a mere single millennium before a new centralised empire arises.

The seven Foundation novels cover the first five hundred years or so of Seldon's Plans, chronicling how the Foundation avoids destruction and helps guide humanity to the next phase of its existence. 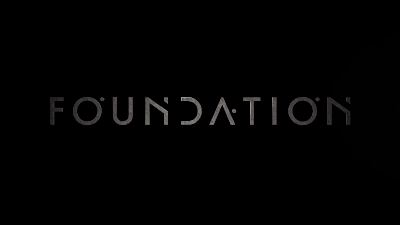 The show began production at Troy Studios in Limerick, Ireland, last autumn and seemed to be around halfway through its shoot when production was shut down due to the COVID-19 pandemic. Production is expected to resume in the next month or so. Apple has moved ahead with post-production and vfx on the completed episodes, with the hope of finishing work quickly for a 2021 premiere.
Posted by Adam Whitehead at 21:07