Over the last 48 hours or so, the science fiction and fantasy literature field has been rocked by multiple accusations of multiple authors of improper behaviour, abuse, gaslighting, racism, misogyny, sexual coercion and authors using their platforms to engage in dogpiling and bullying. 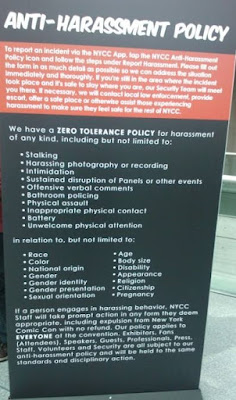 The number of accusations has been almost overwhelming. Genre Grapevine is currently running a list of the allegations where the facts of the matter are not in dispute. Authors Paul Krueger, Myke Cole and Sam Sykes have been accused of inappropriate behaviour (Cole has subsequently been dropped by his publisher and agent, and Krueger by his agent) and others of enabling that behaviour.

Two other authors have also been accused of inappropriate behaviour but in their case they deny the claims vociferously and have been supported by others with knowledge of the events that the initial accusations were untrue, but the initial accuser has also received some support. This matter continues to develop.

The incident comes a week after the video games industry underwent its own such events, resulting in writer Chris Avellone and voice actor Cas Anvar both being accused of inappropriate behaviour. Avellone's work at a number of venues was subsequently cancelled; Anvar's future on hit SF TV show The Expanse remains unclear.

It should go without saying that these allegations are deeply disturbing and the end result is hopefully a more inclusive and safer space for all people in SFF fandom.
Posted by Adam Whitehead at 17:21