Galadriel cast in LORD OF THE RINGS: THE SECOND AGE

Amazon has cast the first familiar character in its upcoming fantasy TV series, The Lord of the Rings: The Second Age. 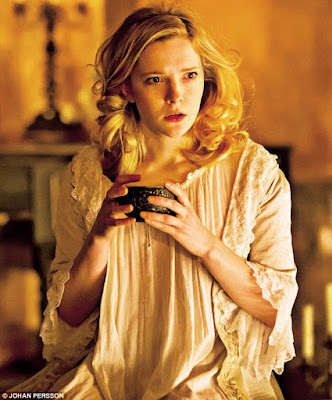 Morfydd Clark is playing the role of Galadriel in the series. Clark is a Welsh actress who has racked up an impressive number of credits in recent years, including The Alienist, Patrick Melrose, Dracula, Pride and Prejudice and Zombies and The Personal History of David Copperfield. Her main genre credentials of note are playing Yolanda in the BBC's The City and The City and her current role as Sister Clara on His Dark Materials.

Galadriel is an elvish noblewoman, a powerful figure played memorably by Cate Blanchett in Peter Jackson's Lord of the Rings and Hobbit trilogies. The Second Age takes place some 5,000 years before the events of The Lord of the Rings, before Galadriel and her husband Celeborn become the rulers of the kingdom of Lorien.

Amazon has not yet fully confirmed The Second Age's story and focus, but it is believed that the story will involve the forging of the Rings of Power, the corruption of the elves of Eregion by Sauron in the guise of an elven prince and the resulting War of Sauron and the Elves which almost breaks the last remnants of elvish power in Middle-earth before they are joined by the mighty men of Numenor, a great island-kingdom in the far west. Galadriel plays a supporting role in this drama, which is expected to more fully focus on Celebrimbor, the elven king of Eregion, and a new band of human and elven heroes.

The Second Age is due to start its main shooting period in February, with production expected to run through the end of 2020. The show is likely to hit screens in the second half of 2021. Amazon have already renewed the show for a second season.
Posted by Adam Whitehead at 23:36

Good choice for a photo. I can buy her as young Galadriel. (If that even has any meaning for elves.)

Galadriel is one of the most interesting characters in the Silmarilion to me. She's very good at staying out of sight and not getting any dirt on her, but there's lots of small hints that she's already quite corrupted. That could be really fun to see explored closer if it's done subtly.