Ryan Coogler, the director of Black Panther (2018) and the forthcoming Black Panther 2, is developing a new Marvel TV series set in the fictional country of Wakanda. 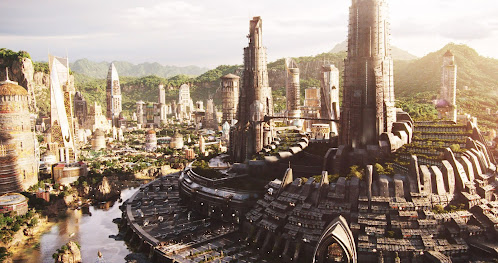 Wakanda was the principle setting for Black Panther and a large chunk of Avengers: Infinity War (2018). A fictional country in East Africa, Wakanda has become a techno-utopian paradise thanks to the presence of vast quantities of vibranium, a metal which allows far more advanced technology than seen elsewhere on the planet. Black Panther saw the rule of Wakanda usurped from King T'Challa, the Black Panther (the late Chadwick Boseman), but he regained it at the end of the film, bringing together several disparate factions and tribes in the process.

Boseman's tragically too-young passing last year means that a new character will take up the mantle of the Black Panther in the sequel, although the identity of that character has not yet been established.

A Wakanda-set TV series would allow writers to dramatically expand upon the themes and issues raised in the films, such as Wakanda lending its technological might and aid to help developing countries in Africa and elsewhere in the world, and perhaps its status as one of the factions that helped save half the human race in Infinity War and Endgame. It would also allow further exploration of the large cast of characters related to that location: Nakia (Lupita Nyong'o), Okoye (Danai Gurira), W'Kabi (Daniel Kaluuya), Shuri (Letitia Wright), M'Baku (Winston Duke), Ramonda (Angela Bassett) and Everett K. Ross (Martin Freeman). Presumably some, most or all would be willing to return for a deeper exploration of Wakanda in a limited series.

The project is very early in development and full-time work on the show will likely not take place before Black Panther 2 hits screens on 8 July 2022.