News has sadly broken that science fiction and fantasy author Dave Wolverton, also known by his pen-name David Farland, has passed away at the age of 64 due to injuries sustained in a fall. He was best known for his Runelords epic fantasy series and his contributions to the Star Wars universe. 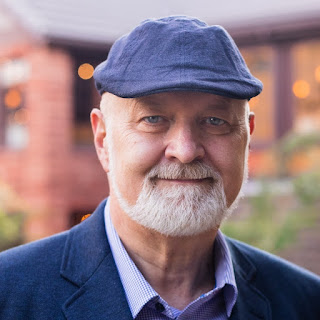 Born John David Wolverton in Monroe, Oregon, he began writing speculative fiction whilst in college. His career began taking off after he won the Writers of the Future contest in 1987 for the novella On My Way to Paradise (revised and published as his debut novel in 1989). The novel was also the runner up for Philip K. Dick Award for Best Novel in 1990. Wolverton later served as a judge in the contest and edited the spin-off annual anthology from 1992 to 1998, and again from 2013 to 2019.

Wolverton continued to write SF with the Anee duology and the Golden Queen trilogy. He also branched into tie-in fiction, writing the Star Wars novel The Courtship of Princess Leia, which introduced major recurring factions in the Star Wars Expanded Universe such as the Hapes Consortium and the Witches of Dathomir (who were referenced as recently as this week's episode of The Book of Boba Fett). He wrote several additional novels in the same universe.

Wolverton's career went up a notch when he began writing epic fantasy under the pen-name "David Farland," starting with The Sum of All Men (1998). Wolverton didn't want readers to know it was him, and was reportedly unhappy when he was "outed" in by a UK SF publication; in their defence, they noted that the author biography in the UK edition immediately revealed his true identity. The resulting Runelords sequence became a successful fantasy series, expanding to eight novels by 2009. A ninth volume was promised, but had so far not been published.

Wolverton was also a noted writing teacher, giving lessons and classes on the nature of writing over many years. Among authors he tutored and mentored were James Dashner (the Maze Runner series) and Brandon Sanderson (The Stormlight Archive, Mistborn).

Dave Wolverton was a popular author with a strong drive to encourage others to write and write well. He will be missed.