The Fade by Chris Wooding

The world of Callespa was long ago settled by humans. A rocky moon circling a much huger world (presumably a gas giant) in a binary system, the world became virtually uninhabitable when the stars' output dramatically increased. Humanity retreated underground, splintering into many tribes, leaving only those hardy people known as the SunChildren to dwell on the surface. For many years the nations of Eskara and the Gurta have been at war, a battle fought back and forth through vast subterrenean chambers with neither kingdom able to win a decisive advantage.

Massima Leithka Orna is a Bondswoman, an indentured servant of Clan Caracassa. She is also a member of her clan's Cadre, a collection of warriors and magic-wielders (known as chthonomancers) beyond compare, elite fighters at the front of every major push but also adept at assassination and espionage. During a brutal battle her forces are betrayed and her husband is killed. Taken prisoner to a Gurta fortress, Orna lives only to escape and find her son, now serving on the front lines. 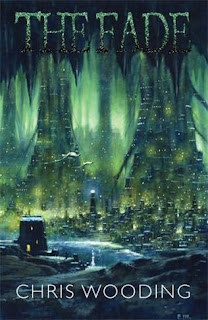 The Fade is a terrific novel. Relatively short (just over 300 pages in hardcover) it is nonetheless superbly-written with vivid characters. The first-person narrative works well, as does the unusual structure (the present-day storyline alternates with flashbacks - in reverse order - showing Orna's history up until the point of her capture). Whilst the epic story of conflict between two civilisations forms the backdrop, the novel is much more concerned with Orna's emotional journey and her relationship with her late husband and her son, which is handled well with all the depth and complexity of real-life relationships. The underground steampunk-esque setting is extremely well-realised and atmospheric, as are the short sections set on the surface.

The Fade (****½) is a complete story in itself but a fair number of loose ends are left dangling for possible future sequels. The novel is published by Gollancz in the UK in hardcover and trade paperback.

The book is also available via Amazon.com for American readers.

The author has a website here.
Posted by Adam Whitehead at 15:21

Email ThisBlogThis!Share to TwitterShare to FacebookShare to Pinterest
Labels: chris wooding, the fade

Nice! I was wondering about this one :)

Likewise, and ditto with the "nice" :D