Back in the 1980s Greg Bear became one of the biggest names in American SF through his exploration of big concepts such as biological technology and vast space constructions, although he also gained a reputation for blowing lots of really huge things up a lot (spaceships, infinite corridors through the space/time continuum, the planet Earth). Along with Gregory Benford and David Brin, Bear was one of the 'Killer Bs' and penned several notable novels throughout the decade. In the 1990s his work tailed off somewhat and today he seems to mainly work on SF thrillers. Hopefully one day he will return to his former mileu and again dazzle readers with large-scale epics intent on putting the sense of wonder back into SF.

Bear is perhaps best known for Eon (his quantum rewrite of Arthur C. Clarke's Rendezvous with Rama), but for me his strongest novel remains Blood Music. Originally published as a short story in 1983 and winning the 1983 Nebula Award for Best Novelette and the 1984 Hugo Award for the same category, it was expanded to novel-length in 1985 and was nominated for both the Nebula and Hugo Best Novel awards. 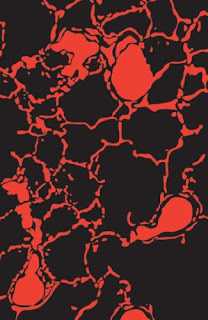 Vergil Ulam is a biotech researcher working at the cutting edge of genetic engineering, helping in the creation of organic computer systems. Ulam becomes obsessed with his own brand of research, believing he can create sentient cells within the human body. Eventually he is fired, but carries on his research at home. This leads to a series of catastrophic events, culminating in the quarantining of the North American continent and resulting in the transformation of humanity as we know it.

Blood Music is a rather brief book (less than 300 pages) but is all the more powerful for its focused brevity. Bear describes the motivations of Ulam and his other key characters succintly and constantly poses moral questions to the reader. If this is the way forward for the human race, should base fear prevent it from taking that step? The fear of the unknown plays a key factor in various characters' reaction to the crisis and is a key theme of the novel.

If there are any major flaws in the book it is that the ending is somewhat over-ambiguous and one plot development (the biological Singularity) comes out of nowhere in the last few chapters, whilst cynics may point out that just as Bear would revamp Rendezvous with Rama as Eon, so Blood Music comes off as a retooled version of Childhood's End with the biological infestation replacing the Overmind of Clarke's novel. However, the differences are sufficiently great that this does not impair enjoyment of the novel.

Blood Music (****½) is available in several editions in the UK, where it is published by Gollancz. It is part of the Future Classics range and is also part of the SF Masterworks Series.

Oddly the only current US edition I can find on Amazon.com is the iBooks edition.
Posted by Adam Whitehead at 14:25