The BBC has confirmed that actress Millie Gibson is joining the cast of Doctor Who as the new regular companion. She will play the role of Ruby Sunday and will debut alongside Ncuti Gatwa as the Fifteenth Doctor. 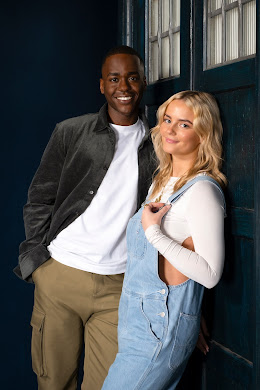 Gibson made her screen debut in 2017 playing Indira on the BBC children's drama Jamie Johnson. Two years later she joined the cast of Coronation Street, Britain's longest-running soap opera (three years older than Doctor Who itself), as Kelly Neelan. She picked up significant critical notices in her three years on the show.

At 18, Gibson is the joint-youngest actress to appear as a companion, a position she shares with former actors Jackie Lane (who played Dodo Chaplet in 1966), Sarah Sutton (Nyssa, 1981-83) and Matthew Waterhouse (Adric, 1981-82). However, due to the much longer lead-time on production these days, she'll have turned 19 by the time her first episode airs.

Based on the wording, it sounds like Gibson will first appear in the 2023 Christmas Special, when Gatwa is expected to take over full time as the Fifteenth Doctor. Prior to that in November, there will be three anniversary specials airing to celebrate Doctor Who's 60th anniversary, with David Tennant playing the Fourteenth Doctor, with a story arc revolving around the mystery of why his new appearance is identical to a former one (Tennant previously played the Tenth Doctor from 2005 to 2010, returning for a guest spot in 2013). Catherine Tate is also returning as former companion Donna for these specials.

Gatwa is expected to cameo in these specials as the "new" Doctor apparently tries to work out why his regeneration has gone awry, possibly in dream sequences or mental images of some kind.

Doctor Who is expected to return to the screens in November 2023, on the BBC in the UK and Disney+ internationally.