Eaglemoss model projects to continue with other companies

Beleaguered SF model and figurine company Eaglemoss is looking to move its projects onto other companies. 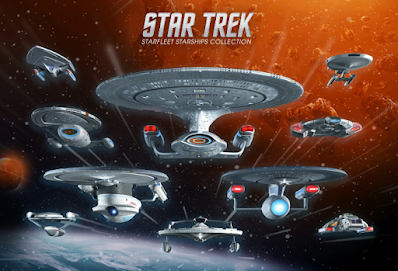 Eaglemoss has spent the last decade or so producing lines of surprisingly affordable spacecraft models based primarily on the Star Trek franchise, but also the Battlestar Galactica, Alien, Predator, Doctor Who and Expanse lines. In July the company entered administration, a form of financial support to try to stave off bankruptcy.

In a podcast in August, former Eaglemoss staffer Ben Robinson offered an explanation and update on the situation. He said the company tried to expand too far, too quickly, at precisely the wrong moment (when costs and inflation started soaring). He also said that Eaglemoss's financial woes are such that the company itself is unlikely to stage any kind of comeback.

However, there is significant interest in the company's projects and existing stock from other companies. The best news is that PCT and Ixo Collections are looking to complete the partwork magazines that were incomplete when Eaglemoss went into administration, most notably the Ghostbusters ECTO-1 and Star Trek Enterprise-D. These will allow collectors to finish their models, which have been sitting incomplete for the last four or five months.

Other companies have expressed an interest in picking up Eaglemoss's licences, which are currently mired in red tape until the administration process is complete. The Star Trek line, in particular, is likely to find a new home. As Robinson notes, the Star Trek line was overall very profitable even for fairly niche and brand-new ships, and CBS-Paramount is very keen for the line to continue. The fate of the other franchises may be more questionable.

There is a fair amount of stock locked up in Eaglemoss's warehouse, and there are hopes that this stock will be released to subscribers and retail in the not-too-distant future.