Idea for PORTAL 3 floated at Valve

Erik Wolpaw, one of the main writers at Valve Corporation, has confirmed that he has floated an idea for Portal 3 at the company. 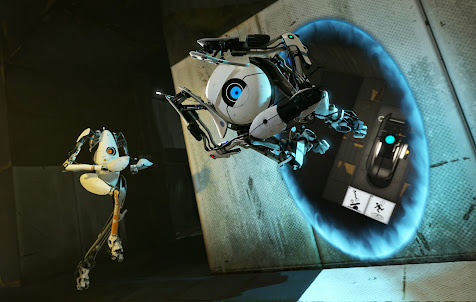 Wolpaw joined Valve in 2004 and worked on Half-Life 2: Episode One and Two as a writer. He provided writing for the original Portal in 2007 and its sequel Portal 2 in 2011, as well as working on Left 4 Dead (2008) and Artifact (2018). His other credits include Psychonauts (2005) for Double Fine Productions. He briefly left Valve in 2017 to work on Psychonauts 2, but returned to the company to work on the VR title Half-Life: Alyx (2020) and Aperture Desk Job (2022), a Portal spin-off designed to show off the featurs of the handheld Steam Deck.

Valve, infamously, have been reluctant to make a third "proper" game in any of their key franchises: Portal, Left 4 Dead and, obviously Half-Life, instead making two games and then various expansions and spin-offs (the Portal games are, in fact, set in the same universe as the Half-Life series). The internal philosophy at Valve is that the first game in a franchise is where you test the concept and the sequel is where you use all the ideas you couldn't use in the original for time or money reasons. A third game would be over-egging the pudding. However, Valve have teased a Half-Life 3 for many, many years, and recently suggested that it was back on the cards after Alyx's finale apparently teed up a continuation of the mainline series.

Wolpaw has indicated that his idea for a Portal 3 has been well-received internally at Valve and the idea is permutating around. However, it is now in active development at the moment and, given the existence of "Valve Time," it may be many years before (or even if) it leads to anything.

Still, it's another sign that Valve, who for the last twenty years have been able to simply rake in immense profits from their Steam online game service, might slowly be tilting back towards making more big games like the ones they were originally famous for.