News has sadly broken that the British SF scriptwriter Chris Boucher has passed away at the age of 79. Boucher is best-known for his work on the British TV series Doctor Who and Blake's 7, on which he was the principle creative force for most of its run. 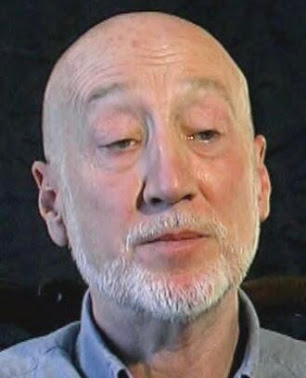 Boucher was born in 1943 and graduated from the University of Essex. He worked in the gas industry in the 1960s before switching to writing television scripts. His early work was in comedy, news and current affairs before he switched to drama in the mid-1970s.

Boucher achieved his big breakthrough when he wrote 12 episodes of Doctor Who across Seasons 14 and 15, contributing the serials The Face of Evil and The Robots of Death for the former and Image of the Fendahl for the latter (all broadcast in 1977). The Robots of Death is frequently cited as one of the greatest-ever Doctor Who stories and the other two are also held in reasonable esteem. For The Face of Evil, Boucher created the character of Leela, played by Louise Jameson, who became the Fourth Doctor's new companion and one of the most popular companions in the original run of the series.

Boucher's well-received work on Doctor Who led to him being asked to work as a script editor on the in-development space opera series Blake's 7 (1978-81), created by former Doctor Who writer and Dalek creator Terry Nation. Nation wrote all 13 episodes of Season 1, but time constraints meant he only had time for one draft of each episode apiece. Boucher, thus performed an uncredited rewrite on every script of the first season, with his changes sometimes being minor and in same cases extensive. In particular, Boucher punched up the dialogue, drawing on both dystopian science fiction and Westerns for ideas.

Starting in Season 2, Boucher began writing scripts from scratch. His increasing importance to the series led to him becoming the effective head writer of the series after Nation moved on after the first season. Boucher ended up writing nine episodes of the series in total, but he performed rewrites of almost every other script for the four-season run of the show. Boucher's solo episodes Trial, Star One, City at the Edge of the World, Rumours of Death and the series finale, Blake, are often cited among the best episodes of the series.

Boucher is credited for the idea of making Blake and his crew more like real rebels/freedom fighters, where the line between a noble rebel against oppression and a terrorist whose actions may cause innocent deaths becomes blurred. Boucher also resisted the idea of making Avon into a simple replacement for Blake when star Gareth Thomas left at the end of Season 2, instead having Avon embrace more of an antihero role and even becoming psychologically damaged as he tried to reconcile his crew's reputation for heroic rebellion and his own, more amoral and selfish desires. The resulting internal conflict was welcomed by actor Paul Darrow and was popular with fans.

Boucher also embraced the idea of serialisation, refusing to return to the status quo at the end of each episode, frequently referring to previous events, extending character arcs and storylines over entire seasons and pushing the idea of "dark, gritty" science fiction television years before anyone else caught on. Blake's 7 later become a key influence and inspiration for shows like Farscape, Firefly and Babylon 5.

Boucher was particularly praised for the shocking series finale, which is often cited as one of the darkest ways to end a TV show. However, the episode was never meant to be the finale and he had written it to set up a fifth season. The BBC's decision to cancel the show on a whim came as a surprise to the production team, since the fourth season had garnered very strong ratings (even defeating soap opera Coronation Street in a head-to-head showdown, something that Doctor Who never managed).

Boucher never quite achieved the same level of success again. He wrote some procedural crime dramas, but his only other genre contribution was Star Cops, a 1987 series which attempted to be a "realistic" near-future science fiction drama. The show was notable for its use of real physics and attempts to deal with issues like corporate crime and colonisation in an SF context. Despite some good reviews, the show only lasted one season before being cancelled.

In 1998, Boucher resumed working on Doctor Who by writing four novels for the spin-off range: Last Man Running, Corpse Maker, Psi-ence Fiction and Match of the Day, one of the last books published before the TV show's return in 2005.

Between 2001 and 2004 Boucher also produced and co-wrote the Kaldor City series of audio plays, which combined some elements of his work on both Doctor Who and Blake's 7.

Chris Boucher wrote some of the best British TV science fiction of the 1970s and 1980s, and his work on Blake's 7 had an impact that reverberated far beyond to later generations of SF TV writers. He will be very much missed.

He will be missed for this and many others eps...

AVON Servalan was planning on sending you a corpse.
VILA [Hands him a drink] Corpse reviver?
AVON [Drinks it] But, "The rumours of my death -- "
TARRANT " -- have been greatly exaggerated."
AVON Well, slightly exaggerated, anyway.