Henry Cavill to be replaced as Superman amidst major DC shakeup

The DC film universe is undergoing a major shakeup, with new creative lead James Gunn and actor Henry Cavill confirming that the latter will not return as Superman. 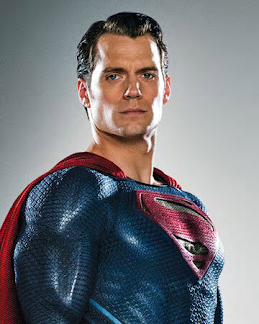 The current iteration of the DC film universe launched in 2013 with Zack Snyder's Man of Steel, featuring Cavill as Clark Kent/Superman. Cavill went on to reprise the role as a key player in Batman v. Superman: Dawn of Justice (2016) and Justice League (2017), whilst also cameoing in Black Adam (2022).

However, the DC film universe has had a divisive critical reception and a highly variable box office take, generally trailing the rival Marvel Cinematic Universe. Several proposed total reboots of the series have apparently been proposed at Warner Brothers, but shot down each time due to the popularity of the actors involved, particularly Cavill, Jason Momoa as Aquaman, Gal Gadot as Wonder Woman and Ben Affleck as an older version of Batman.

The appointment of James Gunn seems to have finally turned the corner on that argument, with it now looking likely that a totally fresh approach will be taken to the DC movie universe with new actors hired for all of the major roles. Plans for further films in the Aquaman and Wonder Woman series have also been cancelled and those roles are likely to be recast as well.

However, some of the existing actors may continue in the new version of the franchise in new roles. According to Gunn and some reports from within Warner Brothers (although Gunn has suggested these are unreliable), their new take on Superman will look for a younger actor to take on the role of a fresher-faced Clark Kent just starting his career at The Daily Planet. The new film will not be a total reboot or origin story for Superman, since most people are now familiar with that.

The news is particularly surprising as DC had re-committed to Cavill returning in the role just a couple of months ago, after a years-long fan campaign. Fans today seemed united in their annoyance at the news, with many asking DC and Gunn to reconsider the decision. Reportedly, Gunn and his team are looking at retaining Cavill in a new role in their new continuity.

The existence of a continuity-heavy DC film universe will reportedly not impact ongoing character-centric film series that exist in isolation of a wider continuity, with both the recent Robert Pattinson version of Batman and Joaquin Phoenix's Joker set to return in new films continuing their stories.

What this also means for Peacemaker, the highly popular TV series spun off from Gunn's own film The Suicide Squad and is set to return for a second season, remains to be seen.

As for Cavill, his next move is unknown. He quit The Witcher in October, reportedly to focus on his return as Superman, but other rumours suggested creative differences with the production team, who have deviated from the source material (of which Cavill is a noted fan) significantly in their TV adaptation. Cavill has been linked to the role of James Bond for some years, although there has been no official announcement and some reports that the producers of that franchise are also looking to cast younger (although, at 39, Cavill, could likely play the role for a decade or more going forwards).

Cavill may reprise his role as Sherlock Holmes in the popular Enola Holmes series of films for Netflix, and maybe in a spinoff centered on his character. Cavill was also reportedly connected to the upcoming resurgence of the Mass Effect franchise, of which he is also a noted fan, although whether this was a voice role for the Mass Effect 5 video game or an acting role in Amazon's in-development Mass Effect television series remains unclear.