THE WITCHER renewed for a fourth season, but without Henry Cavill

In startling news, Henry Cavill has confirmed he is moving on from the role of Geralt of Rivia. He has played the role in two seasons of Netflix's The Witcher, and recently completed filming for the third season, due to air in the summer of 2023. However, he will not be back for the newly-confirmed fourth season. Instead, his role will be taken by Liam Hemsworth. 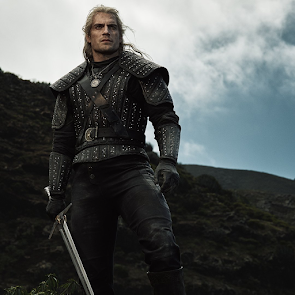 Cavill has played the role of Geralt since the first season of The Witcher aired in 2019. He is a noted huge fan of the character from Andrzej Sapkowski's novel series and the CD Projekt Red video game series. Cavill has since waxed lyrical about his love of science fiction and fantasy fiction and his addiction to PC gaming.

The critical reception to The Witcher has been mixed, but nobody can doubt Cavill's capability in the role, and he has been highly praised for his performance.

The reasons for Cavill's departure are vague, but he recently re-committed to playing Superman in the DC film universe under incoming new creative head James Gunn, and will apparently play the role in small doses in other films as well as a new solo movie, potentially clashing with the intensive filming schedule for The Witcher.

The news will likely fuel conspiracy theorists, as The Witcher writing team was recently criticised by a former writer who said that his love of the source material was not shared by some of his fellow writers, who instead mocked and belittled the books and video games. Cavill is a noted fan of the books and games.

Liam Hemsworth is seven years Cavill's junior and is best-known for playing Gale in the Hunger Games movie series.

It will be sad to see Cavill go, but at least we have one more full season with him in the role first.

We don't know all the exact details yet, but here's my take:

They say 'fourth season.' I don't believe it'll be 'season 4' story-wise, but rather the 4th season MADE.

It's been a few years since I've seen him, though Liam IS younger than Henry. And looks younger, too. With Nightmare of the Wolf, and the upcoming Blood Origin, I believe Liam will play a youngER version of Geralt.

So "season 4" will be a prequel season (maybe the first of many??) which may 'link' Nightmare of the Wolf and Blood Origin to season 1.

To me, that would be Netflix's best approach as opposed to 'swapping' the appearance to the main lead due to a re-cast.

Th is, of course, all speculation on my end. I think season 3 will the last season chronologically, but it won't be the last we see of Geralt.