The BBC and Disney+ have signed a major distribution deal for Doctor Who. From late 2023, Disney+ will become the international, worldwide streaming home for the franchise outside of the UK and Republic of Ireland (where the BBC and BBC iPlayer will remain the home for the show). Previously, the show had aired on a number of different local platforms based on individual deals, but the new deal will allow the show to air simultaneously in 150 different markets worldwide. 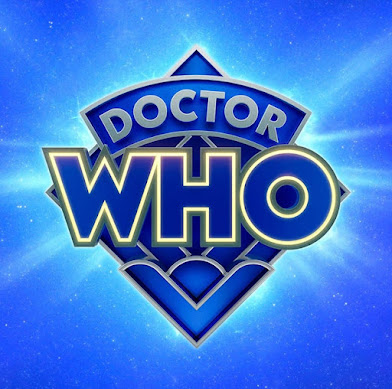 The deal has been under negotiation since July as part of returning showrunner Russell T. Davies' new vision for the show. Davies wants to return the show to the international phenomenon it was during his initial reign (2005-10) and that of his successor Steven Moffat (2010-17), with the show's popularity peaking in 2013 during its 50th anniversary celebrations. The show subsequently dropped off in profile, something ascribed to a combination of a fragmented transmission schedule (the show aired seven seasons between 2005 and 2013, but only six in the decade since then), a reduced episode count, less merchandising and more inconsistent writing.

Davies' initial plan involves a three-part 60th Anniversary story featuring David Tennant returning to the role of the Doctor. Tennant previously played the Tenth Doctor from 2005 to 2010, becoming arguably the most popular actor in the role (challenged historically only by Tom Baker's Fourth Doctor). He returned for the 50th anniversary in 2013. Tennant is now playing the Fourteenth Doctor, with the mystery of why he resembles a prior incarnation to form the spine of the new episodes.

It's already been confirmed that Tennant's return is short-term, with Ncuti Gatwa to take over as the Fifteenth Doctor in time for a Christmas Special in 2023 and then a full season of episodes in 2024.

Davies also wants to overcome the show's historical budget problems. The show's budget was frozen around 2012 in the wake of major cost cutting at the BBC after the 2008 financial crisis, resulting in a decreased episode count and sometimes 18 months or longer going between seasons. To overcome this issue, Davies has convinced the BBC to move production to an independent company, Bad Wolf Productions, which allows for different accounting so the show's profits can be fed back into it (instead of being used to subsidise other programming). The Disney+ deal hopefully will also benefit the show and allow it to compete with big-budget streaming fare more convincingly.

As part of the new branding exercise, the BBC and Disney+ have also unveiled the return of the classic series' "diamond logo." This logo was used from Seasons 11 to 17 of the original series (1973-1980) and adorned vast amounts of merchandising in that time, as well as being used for most of the show's releases on VHS in the 1990s.

Doctor Who returns to the screens in November 2023.


The BBC iPlayer is not available in the Republic of Ireland. Does this mean it will be the only country in the world that does not have access to Dr. Who on demand?