Disney in talks to acquire overseas streaming rights to DOCTOR WHO

Disney is in discussions with the BBC about picking up the overseas streaming rights to Doctor Who. The deal would not involve Disney creatively with the franchise in any way. 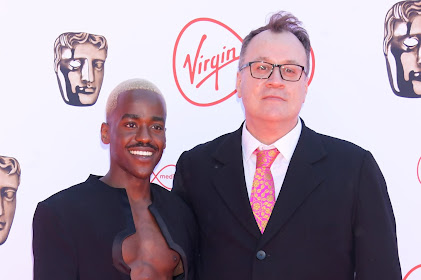 At the moment, Doctor Who is wholly owned by the BBC and, apart from the 1996 TV movie (a one-off co-production with Fox), has been filmed inhouse by the corporation. For a series of specials airing in 2023 to celebrate the show's 60th anniversary, production is moving to an external, independent production company, Bad Wolf Studios. Bad Wolf is owned and run by former Doctor Who executives. Bad Wolf was also recently acquired by Sony, although that has no bearing on the rights situation: the BBC still owns Doctor Who and Bad Wolf are making the show for them on contract. This kind of independent production deal is commonplace in British television and is especially useful for BBC shows, as it allows profits be put back into the programme, whilst the profits from inhouse shows are sometime used to subsidise other, less successful programming. This approach has been problematic for Doctor Who, which like most BBC dramas has been on a tight budget squeeze ever since the 2008 financial crisis, ultimately leading to a reduction in the number of episodes filmed per season and growing chasms of time between seasons.

At the moment, the American rights to Doctor Who are held by HBO, who stream the show in America on HBO Max. Disney is bidding to acquire the streaming rights for the international market. If successful, this would allow Disney to add the show to their Disney+ service. Disney believes that Doctor Who, which has a strong adult-children crossover audience, would be a worthy addition to their franchises chasing the same audience, such as Marvel and Star Wars.

HBO and the BBC struck a deal in 2020 to host the show on HBO Max. Although no timescale was announced, rumours since they have suggested that the deal extends to Series 15. Next year's specials will be followed by Series 14, probably airing in early 2024, with a Series 15 likely to follow in 2025. As a result, if Disney's negotiations are successful it will still be several years before they bear fruit, unless they want to buy out HBO's deal early, which would be very expensive.

Disney would not have any creative say in Doctor Who's production, and Doctor Who would continue to air on the BBC and the iPlayer streaming service in the UK.

At least three specials for the 60th anniversary are currently shooting in the UK, and will see David Tennant return to the role of the Doctor as he re-teams with previous companions Donna (Catherine Tate) and Wilf (Bernard Cribbins) to face several new foes, including a flamboyant villain played by Neil Patrick Harris. Series 14, which sees Sex Education star Ncuti Gatwa take over full-time as the next incarnation of the Doctor, is set to start shooting in the autumn. Former Doctor Who showrunner Russell T. Davies is returning to helm and write the show with the new specials.