In surprising news, Aspyr Media has put its eagerly-awaited remake of classic Star Wars CRPG Knights of the Old Republic on hold. 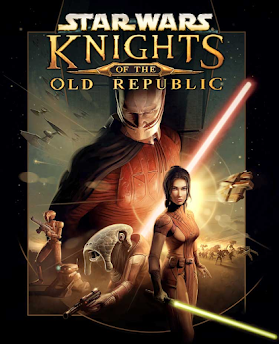 Knights of the Old Republic was released by BioWare in 2003 and has been regularly acclaimed as one of the very best Star Wars video games of all time, and one of the very best CRPGs. A sequel, Knights of the Old Republic II: The Sith Lords was released in 2004 and launched the career of Obsidian Entertainment. The game was released during BioWare's "imperial period" when everything they made was either great or at least ambitiously interesting. Baldur's Gate II (2000), Neverwinter Nights (2002), Jade Empire (2005) and Mass Effect (2007) all hail from this period as well. BioWare has since fallen on tougher times, with Dragon Age II (2011), Mass Effect 3 (2012), Dragon Age: Inquisition (2014), Mass Effect: Andromeda (2017) and Anthem (2020) all suffering controversies of one kind or another, and the latter two also experiencing poor sales. Critics and fans have frequently said that BioWare needs to get back to making games of the type and scale as Knights of the Old Republic to return to success.

Aspyr Media, based in Texas, has focused on porting existing games to new formats, including porting Knights of the Old Republic itself to MacOS in 2004. Knights of the Old Republic Remake was announced in 2021 as Aspyr's first large-scale, big-budget video game project. The game is a total, ground-up remake of the original title using modern graphics technology and new voice acting (including the return of fan-favourite actor Jennifer Hale).

Unfortunately, it appears that Aspyr were unprepared for the scale of the project. Internally and informally, Aspyr were targeting a late 2022 release date, but insiders have noted this is unachievable and unrealistic, and that a release date of 2025 is more likely. It also sounds like the game may have started off with more modest goals but transformed into a full-on remake when it became clear how difficult using the original code and assets was going to be. If it's the case that Aspyr envisaged a more modest remaster and scaled up to something of the scope of the Final Fantasy VII Remake, it's unsurprising that they've realised they've bitten off more than they can chew.