Scottish comic writer Alan Grant, best-known for his work on 2000AD and Batman, has passed away at the age of 73. 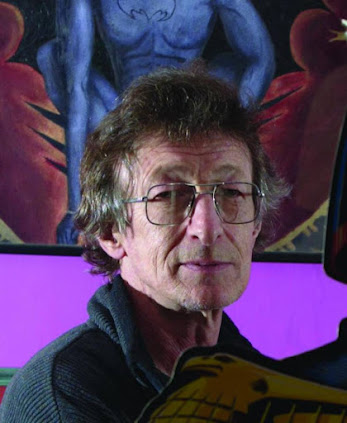 Grant was born in Bristol in 1949 but moved to Scotland at the age of one. He was raised in Midlothian. He began working for DC Thomson, a comics company based in Dundee, where their most famous works were The Dandy, The Beano and Commando. Grant was just 18 when he started working for the company and quickly became an editor at the age of 21. He moved to London to work for IPC on romance magazines, went to college and then returned to Scotland where he met up with John Wagner,a fellow DC Thomson write rand editor. Wagner convinced Grant to work with him on a SF comic he was helping put together for IPC, called 2000AD. The Wagner/Grant partnership began by writing the comic's Tarzan strip but quickly expanded to working on Starlord, short-lived 2000AD spinoff comic.

Grant moved into editorial but didn't like working with the commercial side of the company, so returned to being a freelance writer. He and Wagner began collaborating on Wagner's signature comic strip, Judge Dredd, by far the biggest and most important character to break out of 2000AD, eventually generating his own monthly magazine. Grant also worked with Wagner on Strontium Dog.

Grant and Wagner started working for DC Comics in the late 1980s, starting with Outcasts and then moving onto Batman. The two introduced the Ventriloquist in their first Batman story, who soon became a regular recurring Bat-foe. Wagner found he preferred working on his 2000AD material and left Grant to carry on solo, although they re-teamed for various special stories. In particular, their specialist skills in writing Batman and Judge Dredd led to the two characters teaming up in various mini-series, such as Judgement on Gotham, co-written by the two writers.

In the 1990s Grant worked on projects such as Lobo, LEGION and The Demon, but kept his hand on Batman. In 1992 he wrote a new Batman comic book called Batman: Shadow of the Bat, which introduced Jeremiah Arkham, Zsasz and Amygdala, all of whom became long-running members of the Batman mythos. Grant was also one of several writers on the Knightfall event series, credited with boosting the popularity of the character in the mid-1990s.

Grant continued to work prolifically, dividing his time between big companies like DC and Marvel, ongoing work for the 2000AD stable of titles, and even fanzines, as well as his own press. His output and creativity remained undimmed, most recently writing a comic book to celebrate how people in his home village coped with the stresses of the COVID-19 pandemic.

A prolific and influential writer who worked on some of the most iconic comics, characters and storylines of all time, he will be missed.