Warner Brothers and Legendary Pictures have confirmed that production is now underway on Dune: Part Two. The continuation of Dune: Part One will shoot for the next few months and is scheduled to hit cinemas on 17 November 2023. 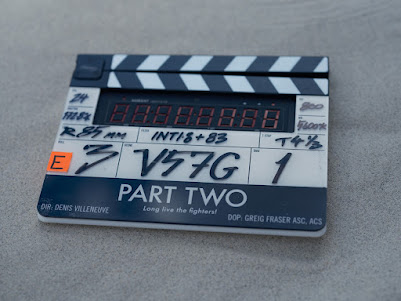 Dune: Part One was released on 22 October 2021 and was a moderate box office success, scoring over $400 million worldwide and an undisclosed further amount in home streaming. The film was seen as a success given the difficult environment of the COVID-19 pandemic. The film was critically acclaimed, gaining ten Academy Award nominations and winning six.

Both films adapt Frank Herbert's seminal 1965 science fiction novel Dune. David Lynch previously directed a 1984 movie which had a mixed response, mainly due to the need to compress the entire novel into a single film. SyFy released a mini series based on the novel in 2000, along with a sequel mini-series based on the second and third books in the series in 2003.

Villeneuve has expressed interest in directing a film based on Dune Messiah, the second novel of six in the series. He is also attached to an adaptation of Arthur C. Clarke's classic SF novel, Rendezvous with Rama, which is expected to be his next project after Dune: Part Two.