The first new AVATAR: THE LAST AIRBENDER project will be about Aang and his friends

It's been confirmed that the first new Nickelodeon Avatar: The Last Airbender project will focus on the original cast and will be set after the original show. The news was revealed at the San Diego Comic-Con. 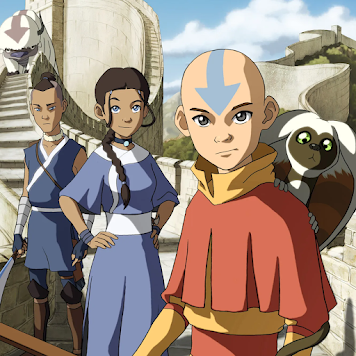 Original Avatar creators Michael DiMartino and Bryan Konietzko have teamed up with Nickelodeon to create new animated projects in the same universe. Three animated movies have so far been greenlit, with at least the first set for a theatrical release. The first movie will be directed by Lauren Montgomery (Voltron: Legendary Defender, The Legend of Korra). DiMartino and Konietzko will write, with OG Avatar writer Eric Coleman also on board. Further projects, including a new ongoing animated series, are also under discussion.

It's assumed that the original voice cast will return. The precise storyline for the sequel is unknown, but DiMartino and Konietzko previously authorised a series of graphic novels dealing with subjects like the search for Zuko's mother and political tensions between the Earth Kingdom and the Fire Kingdom colonies cut out of its territory a hundred years earlier, eventually leading to the founding of Republic City. These graphic novels could provide a storyboard for new projects, or the writers may choose to tackle unrelated subjects.

These projects are unrelated to the live-action remake of the original animated series being worked on at Netflix. The first season of that project wrapped production last month and will debut on Netflix in 2023.